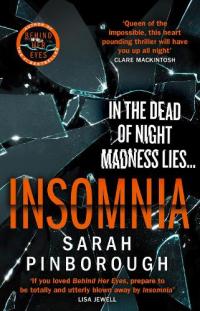 Insomnia by Sarah Pinborough
In the dead of night, madness lies…

It’s been like this since her big 4-0 started getting closer.

Her mother stopped sleeping just before her 40th birthday too. She went mad and did the unthinkable because of it.

LOOK IN ON THE CHILDREN

Is that what’s happening to Emma?

WHY CAN’T SHE SLEEP? 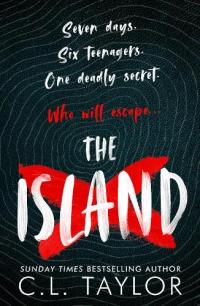 The Island by C.L. Taylor
Welcome to The Island.

Where your worst fears are about to come true…

It was supposed to be the perfect holiday: a week-long trip for six teenage friends on a remote tropical island.

But when their guide dies of a stroke leaving them stranded, the trip of a lifetime turns into a nightmare.

Because someone on the island knows each of the group’s worst fears. And one by one, they’re becoming a reality.

Who will make it off the island alive? 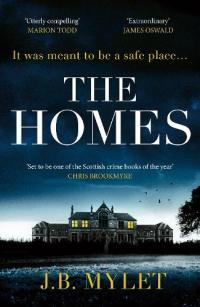 The Homes by J.B. Mylet
There were good people in The Homes. But there were also some very, very bad ones…

A thousand unwanted children live in The Homes, a village of orphans in the Scottish Lowlands on the outskirts of Glasgow. Lesley was six before she learned that most children live with their parents. Now Lesley is twelve, and she and her best friend Jonesy live in Cottage 5, Jonesy the irrepressible spirit to Lesley’s quiet thoughtfulness.

Life is often cruel at The Homes, and suddenly it becomes much crueller. A child is found murdered. Then another. With the police unable to catch the killer, Lesley and Jonesy decide to take the matter into their own hands. But unwanted children are easy victims, and they are both in terrible danger…

Inspired by a true story, and introducing readers to the unforgettable voice of young orphan Lesley, The Homes is a moving and lyrical thriller, perfect for readers of Val McDermid, Chris Whitaker, Jane Casey and Denise Mina. 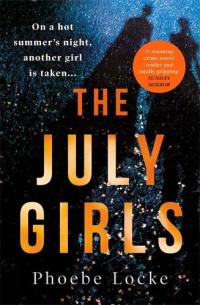 The July Girls by Phoebe Locke
Every year, on the same night in July, a woman is taken from the streets of London; snatched by a killer who moves through the city like a ghost.

Addie has a secret. On the morning of her tenth birthday, four bombs were detonated across the capital. That night her dad came home covered in blood. She thought he was hurt in the attacks – but then her sister Jessie found a missing woman’s purse hidden in his room.

Jessie says they mustn’t tell. She says there’s nothing to worry about. But when she takes a job looking after the woman’s baby daughter, Addie starts to realise that her big sister doesn’t always tell her the whole story. And that the secrets they’re keeping may start costing lives . . . 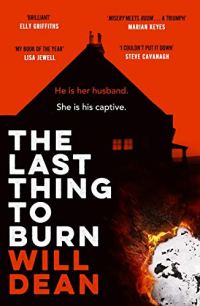 The Last Thing to Burn by Will Dean
He is her husband. She is his captive.

Her husband calls her Jane. That is not her name.

She lives in a small farm cottage, surrounded by vast, open fields. Everywhere she looks, there is space. But she is trapped. No one knows how she got to the UK: no one knows she is there. Visitors rarely come to the farm; if they do, she is never seen.

Her husband records her every movement during the day. If he doesn’t like what he sees, she is punished.

For a long time, escape seemed impossible. But now, something has changed. She has a reason to live and a reason to fight. Now, she is watching him, and waiting . . . 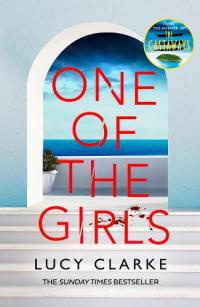 One of the Girls by Lucy Clarke
ONE IS A LIAR.
ONE IS A STRANGER.
ONE IS A CHEATER.
WHO IS A KILLER?

The six of us arrived on that beautiful Greek island dreaming of sun-drenched beaches and blood orange sunsets, ready to lose ourselves in the wild freedom of a weekend away with friends.

On the first night we swam under a blanket of stars.

On the second night the games began on our clifftop terrace.

On the third night the idyll cracked, secrets and lies whispering on the breeze.

And by the final night there was a body on the rocks below . . .

Who would kill for it? 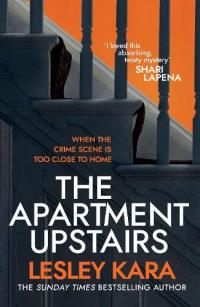 The Apartment Upstairs by Lesley Kara
Scarlett‘s aunt lived – and was brutally murdered – in the apartment upstairs. But Scarlett is determined that life should return to some kind of normal, even if that means living with just a ceiling between her and the scene of such a devastating crime. After all, this is her home. She’s safe here. Isn’t she?

Dee is busy balancing her job as a funeral director with organizing an event to mark the disappearance of her best friend, ten years ago. So she’s got enough on her plate without worrying about the threatening messages that are appearing on her company’s Facebook page.

When Scarlett approaches Dee about planning her aunt’s funeral, an unexpected link between them emerges. Together, the two women could uncover secrets that have long been buried. Even while someone wants to stop them digging . . . 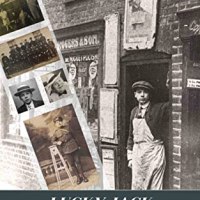