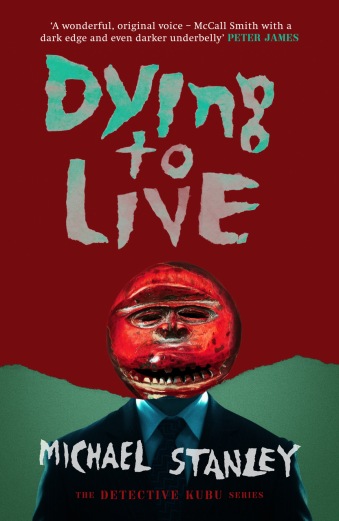 “The sixth mystery in the beloved and critically acclaimed Detective Kubu series. Kubu and his colleague Samantha Khama track a killer through the wilds of Botswana on their most dangerous case yet.

When the body of a Bushman is discovered near the Central Kalahari Game Reserve, the death is written off as an accident. But all is not as it seems. An autopsy reveals that, although he’s clearly very old, his internal organs are puzzlingly young. What’s more, an old bullet is lodged in one of his muscles… but where is the entry wound? When the body is stolen from the morgue and a local witch doctor is reported missing, Detective ‘Kubu’ Bengu gets involved. But did the witch doctor take the body to use as part of a ritual? Or was it the American anthropologist who’d befriended the old Bushman? As Kubu and his brilliant young colleague, Detective Samantha Khama, follow the twisting trail through a confusion of rhino-horn smugglers, foreign gangsters and drugs manufacturers, the wider and more dangerous the case seems to grow. A fresh, new slice of ‘Sunshine Noir’, Dying to Live is a classic tale of greed, corruption and ruthless thuggery, set in one of the world’s most beautiful landscapes, and featuring one of crime fiction’s most endearing and humane heroes.”

I am delighted to welcome you my stop on the Dying to Live blog tour.  My lovely blog tour buddy today is Sheila over at The Quiet Geordie.  This is the sixth book in the Detective Kubu series and it was a joy to read.  So far I have managed to devour two previous ‘Kubu’ novels; click here for my review of Deadly Harvest and here for my review of A Death in the Family.  Dying to Live was my third journey to glorious Botswana and my third experience of ‘sunshine noir’.  Dying to Live was published by Orenda Books on 12th July 2017.

For those new to this series, the author, Michael Stanley is a writing team of two.  But you would never know.  Every time I pick up a Michael Stanley novel I’m expecting to see the divide between the two voices, to be able to ‘spot the difference’.  But I can’t.  The writing is seamless and wonderfully confident.

I am incredibly fond of Detective David Bengu who most of the characters refer to as ‘Kubu’, the Setswana word for hippopotamus.  He’s not my usual broken, addiction riddled detective –  the type I’m usually drawn to.  He’s a family man who lives by his principles.  I found the sub-plot of his adoptive daughter’s HIV suddenly deteriorating quite hard to read without becoming emotional, but welcomed this revealing insight into Kubu’s home life and his relationship with his wife, Joy.

Something I tend to find with Michael Stanley books is that you always get something different.  For example, the investigation in Dying to Live initially focused on the death of a Bushman.  Which leads us to the Kalahari and into the secretive world of witch doctors.   But the most important thing to note is that this is a GREAT mystery.  I was completely drawn in to the story and loved the different threads of the investigation and the connections made by Kubu and Detective Samantha Khama.  I couldn’t work out whodunit so was rather surprised by the reveal (always a bonus when you don’t see the twist coming!).

Would I recommend this book?  I would.  This is a great series which I will always come back to.  I feel a real warmth towards Kubu and his family, there’s something very reassuring about reading these books.  Saying that, please don’t be fooled into thinking they are fluffy reads because they are most definitely not.  I recommend that you also read Deadly Harvest and A Death in the Family.  Not because you need to as I think Dying to Live works perfectly well as a standalone, but because they are great books.  More Kubu please, Michael Stanley – the sooner, the better :).

I chose to read and review an ARC of Dying to Live.  The above review is my own unbiased opinion.

Dying to Live by Michael Stanley was published in the UK by Orenda Books on 12th July 2017 and is available in paperback and eBook formats | amazon.co.uk | amazon.com | Waterstones | Book Depository | Foyles | Goodreads | 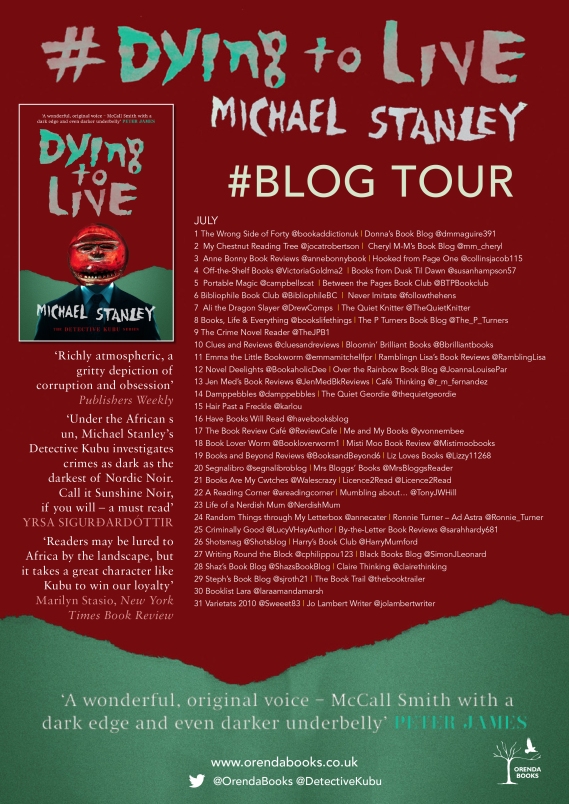 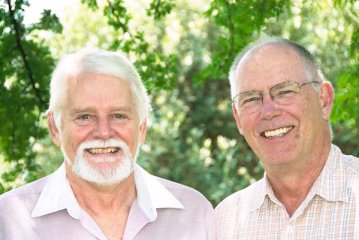 Michael Stanley is the writing team of Michael Sears and Stanley Trollip. Both were born in South Africa and have worked in academia and business. Stanley was an educational psychologist, specialising in the application of computers to teaching and learning, and is a pilot. Michael specialises in image processing and remote sensing, and teaches at the University of the Witwatersrand. On a flying trip to Botswana, they watched a pack of hyenas hunt, kill, and devour a wildebeest, eating both flesh and bones. That gave them the premise for their first mystery, A Carrion Death, which introduced Detective ‘Kubu’ Bengu of the Botswana Criminal Investigation Department. It was a finalist for five awards, including the CWA Debut Dagger. The series has been critically acclaimed, and their third book, Death of the Mantis, won the Barry Award and was a finalist for an Edgar award. Deadly Harvest was a finalist for an International Thriller Writers’ award.