I am absolutely thrilled to have the very talented Chris Curran join me on damppebbles today as part of my #damppebblestakeover series.  July may have come to an end but I still have a number of fabulous guest posts to share with you, you lucky people 🙂 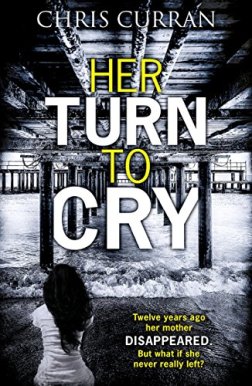 “Twelve years ago Joycie Todd’s mother abandoned her. But what if she never really left? A tautly written psychological suspense novel, perfect for fans of B.A. Paris and Alex Lake.

When she was eleven, Joycie’s mother disappeared. Run away with another man, so everyone says. But Joycie can’t forget the thumps she heard in the night, or the bloodstained rug hidden under the bed. A rug that was gone the next day.

Twelve years later, Joycie has left her past behind. But when an old friend dies, Joycie is left a letter beseeching her to find out the truth. Unable to keep the door locked any longer, Joycie sets out to discover why her mother left her – if she ever really did.

As she travels to the shabby seaside towns of her childhood, Joycie soon finds that it’s not just her mother who vanished all those years ago. Joycie knows the disappearances are connected, she just doesn’t know how. But there’s someone out there who does – and they will do anything to keep it buried.”

Sounds fantastic and I can’t wait to read it.

Recently Barbara Copperthwaite appeared on damppebbles with a brilliant post about domestic noir; a subgenre we’ve all heard of, right?  But what about amnesia noir?  OK, it doesn’t actually exist, but maybe it should….?  Over to you Chris.

At the recent Bristol Crimefest I was asked a question about the role that memory plays in my debut novel, Mindsight. It’s a crucial element of the mystery because the main character, Clare, is unable to remember the car crash in which she killed several members of her family whilst under the influence of drugs.

It wasn’t until I was answering the question that I realised that memory, or the lack of it, is also important in my new book, Her Turn To Cry. Joycie Todd is living a charmed life as a model in 1960s swinging London, but she is scarred by what happened during her childhood and has blocked many memories from that time, including what she knows of her mother’s disappearance.  So memory seems to be a thread running through my work.

Then I began to notice how often characters with memory loss or fractured memories occur in crime fiction generally. A protagonist with this kind of problem has an obvious mystery to solve, even if that is the last thing they want to do. This can make for the perfect unreliable narrator. Memory problems are often connected with a traumatic event the character can’t bear to remember. So is this something terrible that was done to them or something they have done?  The truth about their situation is a secret even from themselves and, however sympathetic they may appear, the reader is bound to suspect them as well as those around them.

There is no crime sub-genre called amnesia noir, but if there was these novels would certainly be some of my favourite examples.

What better place to start than with Wilkie Collins and his masterful examination of memory and identity: The Woman In White. The title character, Anne Catherick, appears to Walter Hartright, like a ghost, on a dark road at the very start of the story and remains a wraithlike presence throughout. She closely resembles Laura, the woman Walter comes to love, but is forever on the edges of the narrative. Nor does she figure as one of the many narrators, whose disparate and quirky voices bring the novel to vibrant life. But Anne, her mind confused and twisted by her incarceration in a Victorian asylum, is the lynchpin of the whole novel speaking truths that sound like madness.

Christine, in SJ Watson’s novel, Before I Go To Sleep, wakes every morning with no memory of the past and knows only what the husband she can’t remember and her, equally unfamiliar, doctor tell her about who she is and what happened to her. But can she trust either of them? And can she even rely in her own diary, written every evening and discovered anew each time she wakes?

Rob Ryan from Tana French’s, chilling novel, In the Woods, is a police officer, but his ordeal occurred when he was a child. He went into the woods with two friends and was found bloodied and tied to a tree. The others were never seen again. He has changed his name and seems to have blotted out all memory of his ordeal but is forced to confront it when a recently murdered child is found in the same woods where his nightmare occurred.

Rachel, in The Girl on The Train by Paula Hawkins, has black-outs because of her drinking and is clearly an unreliable narrator. Embittered and resentful, she commutes daily to a job she’s been sacked from and obsessively watches her old home, where her ex-husband still lives. But when she believes she has seen an act of violence from the train she tries to get her behaviour back under control and solve the mystery. All, of course, is not as it seems.

Another alcoholic is Charlotte in All Things Nice by Sheila Bugler. She has only hazy memories of the night of her birthday party and fears she may have done more than fight with her daughter, Freya, when Freya’s boyfriend, Kieran, is found knifed to death near Charlotte’s home. One thing she does recall, however, is that she has very personal reasons to hate Kieran.

Emma Healey’s poignant take on the mystery genre is Elizabeth Is Missing. The Elizabeth of the title is the friend of dementia sufferer, Maud, who pursues her investigation into Elizabeth’s disappearance with dogged determination to the embarrassment of her long suffering daughter and the irritation of the police and Elizabeth’s relatives. They all insist there has been no crime. If Maud’s grasp on the present is sketchy, to say the least, her recall of the past is pin-sharp, especially of one particular event. In 1946 Maud’s elder sister vanished and in Maud’s unravelling mind the old and the new mysteries begin to overlap and entwine.

Shutter Island, by Dennis Lehane, is set in 1950s America on an island that houses a high security asylum for the criminally insane. Federal Marshall, Teddy Daniels, and his new partner, Chuck, arrive to investigate the disappearance of child killer, Rachel Solando. As a storm rages, isolating the island, Teddy begins to suspect that Rachel may not be the only missing patient. The reactions of the inmates, but also of the staff are often unsettling and in keeping with the paranoia of the times, the spectre of mind control drugs and experiments begins to hover over his investigation.

The possibility of mind control, this time in contemporary Britain, looms large in CJ Carver’s fast moving novel, Spare Me The Truth. Part spy thriller, part police procedural, part psychological mystery, it features three main characters including Dan Forrester. He lost a chunk of memory after the accidental death of his three year old son, for which he blames himself. Dan has managed to reclaim some contentment in a settled domestic life with his wife and daughter, until he is confronted by a woman who claims that they worked together and that his past is very different from what he has been told. It’s not long before Dan begins to suspect that everyone has been lying to him and that he knows nothing, even about himself.

What a fascinating post, thank you Chris.  I’ve read two of the books you mention in your post – one of which I loved, the other I didn’t enjoy at all!  Have you read any of the books Chris mentions?  Or can you think of any other examples that would fall into the ‘amnesia noir’ category?  Let me know in the comments. 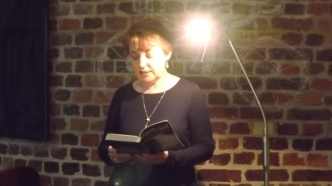 Chris Curran has written two psychological crime novels for Harper Collins Killer Reads. She left school at sixteen to work in the local library – her dream job then and now – and spent an idyllic few months reading her way around the shelves before reluctantly returning to full- time education. She lives in Hastings on the south coast of England where she is a proud shareholder of the recently reopened pier. Amongst other things she has worked as a primary school teacher, an actress and an editor, all the time dreaming of the day when she would see her own books gracing those library shelves. Connect with Chris via Twitter @Christi_Curran | Chris’ amazon author page | Chris’ website | Chris’ Facebook author page | KillerReads on Twitter @KillerReads |