“When the plane crashed, 160 people perished. Now someone is killing off the survivors.

A tense and gripping crime thriller, perfect for fans of Lesley Kara and Mari Hannah.”

I love disaster thrillers and mysteries, particularly those featuring a plane crash/disappearance/hijack. If you’re a regular visitor to damppebbles you may have noticed a teeny tiny increase in the number of books I’ve read recently featuring aircraft. I can’t help it, I love them! But what I’ve really enjoyed about all of these books is that they all take a slightly different approach. And that’s certainly the case with The Lucky Eight. Because, at heart, I’m a crime fiction nut and I adore police procedurals and mysteries. And that’s where The Lucky Eight absolutely shines.

Five years ago Air Euro Flight 975 crashed on landing at Gatwick airport killing all onboard except for eight ‘lucky’ survivors. Every year, on the anniversary of the crash, the survivors meet in remembrance of those they lost. But by the following morning, one of the group, a notorious celebrity chef, is dead. Detective Inspector Rachel Lewis of the Surrey and Suffolk Major Crime Team is tasked with investigating what happened to Nick Gilbert. Tensions run high amongst the group and Rachel has her work cut out. Before long, another of the survivors is found stabbed to death. The pressure is on. Can Rachel and her team discover who wants the lucky eight dead before it’s too late…

The Lucky Eight is a well-written crime thriller with an intriguing mystery at its heart. DI Rachel Lewis and DC Ade Benjamin are thrown into the deep end and have to pick apart a group which, although not the best of friends, have a strong bond and secrets they would prefer to keep. I found the character of Clodagh absolutely fascinating. Her sister, actress Vivienne Kinsella, died when the plane crashed. Clodagh, also on the plane at the time of the incident, has had memory problems ever since. She knows deep down that something happened, something she did contributed to the accident but her memory refuses to recall what it was.

I really liked DI Rachel Lewis but I loved her colleague, DC Ade Benjamin, who I felt had a bit more grit to her. Rachel, being the boss, does everything by the book. Whereas Ade felt a little less formal in her approach. I do hope this isn’t the last we see of these two characters as they make quite a formidable team and I would really like to spend some more time with them, Ade in particular. There were also plenty of characters to dislike including career obsessed Adam and creepy Simon.

Speaking of the characters, I felt a smidge confused at times because there are quite a few characters and they are all connected in different ways (lovers, ex-lovers, siblings). But as soon as I got into the rhythm of the book it all clicked into place, so I put full blame for the confusion on my own shoulders. I would also say it’s a little slow at the start as it felt like it took a while for the chef’s death to be confirmed as murder. But as soon as Rachel is made SIO, the investigation really picks up the pace.

Would I recommend this book? I would, yes. I enjoyed The Lucky Eight and would happily read more by this author. It’s an intriguing mystery which had me glued to my Kindle. I did have an inkling as to who was behind the murders but the reasons why came as a complete surprise, and I loved that.  All in all, an entertaining read which I recommend.

I chose to read and review a free eARC of The Lucky Eight. The above review is my own unbiased opinion.

The Lucky Eight by Sheila Bugler was published in the UK by Canelo Crime on 22nd July 2021 and is available in paperback and digital formats (please note, the following links are affiliate links which means I receive a small percentage of the purchase price at no extra cost to you): | amazon.co.uk | Waterstones | Foyles | Book Depository | bookshop.org | Goodreads | damppebbles bookshop.org shop | 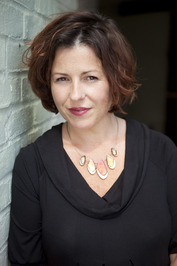 I’m the author of the Ellen Kelly and Dee Doran crime novels. My first stand alone novel, The Lucky Eight, is published in July 2021.

I grew up in a small town in the west of Ireland. After studying Psychology at University College Galway, I left Ireland and worked in Italy, Spain, Germany, Holland, Argentina and London before finally settling in Eastbourne, where I now live with my husband, Sean, and our two children.