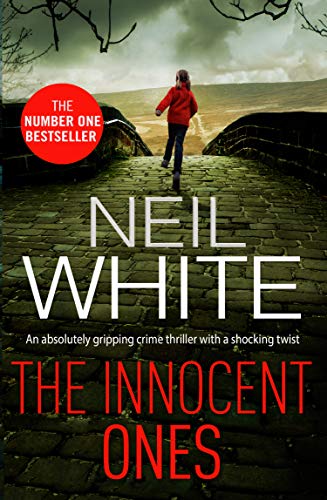 By day, the park rings with the sound of children’s excited laughter. But in the early hours of the morning, the isolated playground is cloaked in shadows – the perfect hiding place to conceal a brutal murder.

When London journalist, Mark Roberts, is found battered to death, the police quickly arrest petty thief, Nick Connor. Criminal defence lawyer, Dan Grant, along with investigator Jayne Brett, are called to represent him – but with bloody footprints and a stolen wallet linking him to the scene, this is one case they’re unlikely to win.

Until help comes from an unlikely source…when the murder victim’s mother says that Connor is innocent, begging Dan and Jayne to find the real perpetrator.

Unravelling the complex case means finding the connection between Mark’s death and a series of child murders in Yorkshire over twenty years ago. Father of two, Rodney Walker, has spent years in prison after being convicted of killing of 6-year-old William and 7-year-old Ruby back in 1997.”

When I first agreed to take part in this blog tour there were two things I wasn’t aware of. Number one; it’s the third book in the series but as I mentioned up there ⬆️⬆️, that really wasn’t a problem and I enjoyed it as a standalone.  The second thing; I wasn’t aware it was a legal-esque type thriller. Which is daft really as I know author Neil White is a qualified lawyer and it goes to prove that I don’t always read the blurb too carefully (plus I’ve read other books by White and they’ve been more along the lines of a police procedural).  Again, not a problem for me as I LOVE a legal thriller.

I guess what I’m saying is apart from having read and enjoyed a few other books by White many moons ago, I started The Innocent Ones with no preconceived ideas (just my usual high expectations, lol!).  And I thoroughly enjoyed it.  It’s was surprising, gripping and beautifully dark.  According to the author’s notes at the end of the novel this is the third and final book in the series, which is a shame.  At least I can console myself by reading the first two books in the trilogy.

Defence lawyer, Dan Grant, is tasked with defending low-life local scum, Nick Connor.  But instead of Connor’s usual petty misdemeanours, this time the charge is murder.  Journalist Mark Roberts was found bludgeoned to death in the local park and left to die in a congealing pool of blood.  Despite some pretty damning evidence to the contrary, Nick claims he’s innocent.  It’s a big step though, from theft to murder, and Dan is convinced Connor didn’t do it.  Helped by the fact Dan is approached by the mother of the victim who says she believes the wrong man is on trial and she wants Dan and his investigator, Jayne, to find the real killer.  It’s not long before Dan and Jayne are digging up a cold case from 20 years ago, upsetting the residents of a small Yorkshire town and discovering that not everything is as it first seems…

I loved Dan and Jayne.  What a team!  There’s obviously a fair bit of backstory behind Jayne’s past which is one of the reasons I want to read the first two books in this trilogy.  Not knowing the ins and outs didn’t hamper my enjoyment though – the author provides new readers with a good overview.  I loved the setting too.  I love small town American mysteries and sometimes find their British counterparts can’t really compare.  That’s not the case with The Innocent Ones.  I loved the claustrophobia of the two towns, the secrets hidden within the small communities.

Would I recommend this book? I most certainly would.  When I was doing ‘real life’ I was thinking about the plot and characters, wanting to get back to the story and find out what was going to happen next.  I thoroughly enjoyed my time with Dan and Jayne and I look forward to making a start on the first book in the trilogy soon.

I chose to read and review an eARC of The Innocent Ones.  The above review is my own unbiased opinion.

The Innocent Ones by Neil White was published in the UK by Hera Books on 24th April 2019 and is available in eBook format (please note, some of the following links are affiliate links which means I receive a small percentage of the purchase price at no extra cost to you): | amazon.co.uk | amazon.com | GoogleBooks | Goodreads | 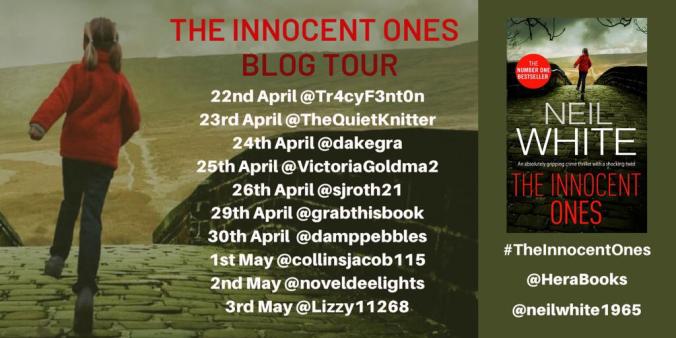 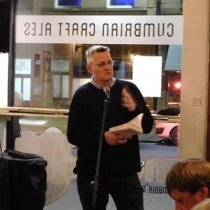 Neil White was born and brought up around South Yorkshire. He left school at sixteen but studied for a law degree in his twenties, then started writing in 1994. He is now a lawyer by day, crime fiction writer by night. He lives with his wife and three children in Preston. 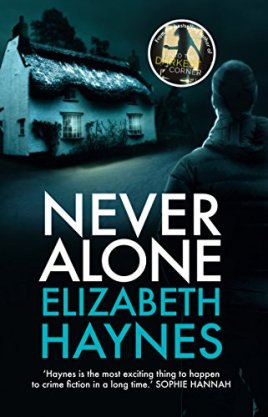 “Sarah Carpenter lives in an isolated farmhouse in North Yorkshire and for the first time, after the death of her husband some years ago and her children, Louis and Kitty, leaving for university, she’s living alone. But she doesn’t consider herself lonely. She has two dogs, a wide network of friends and the support of her best friend, Sophie.

When an old acquaintance, Aiden Beck, needs somewhere to stay for a while, Sarah’s cottage seems ideal; and renewing her relationship with Aiden gives her a reason to smile again. It’s supposed to be temporary, but not everyone is comfortable with the arrangement: her children are wary of his motives, and Will Brewer, an old friend of her son’s, seems to have taken it upon himself to check up on Sarah at every opportunity. Even Sophie has grown remote and distant.

After Sophie disappears, it’s clear she hasn’t been entirely honest with anyone, including Will, who seems more concerned for Sarah’s safety than anyone else. As the weather closes in, events take a dramatic turn and Kitty too goes missing. Suddenly Sarah finds herself in terrible danger, unsure of who she can still trust.

But she isn’t facing this alone; she has Aiden, and Aiden offers the protection that Sarah needs. Doesn’t he?”

In case you missed it (YOU MISSED IT? *humph* – only kidding) Elizabeth Haynes appeared on damppebbles last Saturday, 30th July 2016, as part of her Never Alone blog tour.  Elizabeth wrote a fantastic piece about her early days as a writer and learning her craft.  Click here to have a look – trust me, you don’t want to miss it.  Today I am delighted to share my review of this wonderful book with you.

Sarah is lonely.  Her husband died in a tragic accident, her son despises her and her daughter has gone to university.  She has friends in the village and her two dogs but it’s easy to become cutoff from society when you live in a remote farmhouse on the North Yorkshire moors.  Thankfully all that changes when old flame Aiden Beck turns up looking for a room to rent.  Sarah leaps at the chance to have her ex-lover living in the farmhouse’s empty cottage, a stones throw from her.  But what is Aiden not telling Sarah? And exactly how close are Aiden and Sarah’s best friend, Sophie?  And where has Sophie suddenly disappeared to…?

This is a real page turner.  Elizabeth Haynes has once again done exactly what she does best and turned out a cracking psychological thriller that fans, old and new, will adore.  There is something about Elizabeth’s style that immediately draws you in; it feels familiar but with an edge and you know you are in for a twisty ride of a read.

It’s a little bit saucy in places.  Frequent visitors to damppebbles will know that I’m not a fan of bedroom naughtiness in my books.  But saying that, it fitted with the story and wasn’t too over the top so I didn’t find it an issue.  It’s certainly not Fifty Shades of Grey, put it that way!

Sarah was my favourite character in the novel.  Initially she felt quite dowdy but as the story progressed she seemed to shed that dowdiness and become more of a mumsy minx! Maybe that was due to Aiden’s arrival as, the way he’s described, I think most of us ladies would go weak at the knees.  I found Sarah’s relationship with her son, Louis, strangely upsetting and I wanted to know so much more about it (maybe there’s scope there for a novella?!).

The way Elizabeth Haynes describes the locations in the book, and particularly the area around Sarah’s farmhouse, was quite stunning.  Even more so when the snow storm hits. Elizabeth made me switch between wanting to live in Sarah’s beautiful farmhouse, to being absolutely terrified of being cut off from society in the blink of an eye.

Would I recommend this book?  Of course I would!  It’s a great read, very gripping and brilliantly written.  Full of dark suspicious characters and their well (or maybe, not so well) hidden secrets.  A real page turner from start to finish.

Many thanks to Emma Dowson, Myriad Editions and Elizabeth Haynes for providing me with a copy of Never Alone in exchange for an honest review. 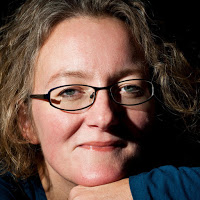 Elizabeth Haynes is a former police intelligence analyst who lives in Norfolk with her husband and son. Her first novel, Into the Darkest Corner, was Amazon’s Best Book of the Year 2011 and is a New York Times bestseller. It has been published in thirty-seven countries. Her second novel, Revenge of the Tide, was published by Myriad in 2012 and her third, Human Remains, was published in 2013. She is also the author of two police procedural crime novels, Under a Silent Moon and Behind Closed Doors (Sphere).  Connect with Elizabeth Haynes via Twitter @Elizjhaynes.