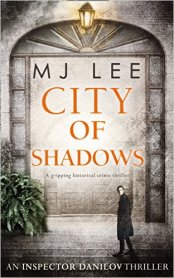 “A family has been found murdered in the heart of 1920s Shanghai. But what could have compelled them to open the door to their killer?

“A family of four is found murdered in the heart of one of the new Art Deco estates in the city. It’s a brutal crime, committed without mercy.

Under questioning, a suspect confesses, but Danilov is not convinced of his guilt. When the accused is murdered on the steps of the police station, he investigates to clear the man’s name, diving deep into the dark heart of Shanghai, uncovering the greed and jealousy, triads and police corruption that lurks in the City of Shadows.

This is the second book in the Danilov series. The first, Death in Shanghai, is also available from Carina.”

Welcome to my stop on the City of Shadows blog tour which I am delighted to be sharing with the lovely Kate over at Bibliophile Book Club.  Once you’ve finished here why not pop over and read Kate’s review.

This is the second novel in the Inspector Danilov series and I (once again!) need to hang my head in shame and confess that I haven’t read Death in Shanghai.  But that certainly didn’t stop me from thoroughly enjoying this enchanting historical crime adventure. Would I have benefited from reading book one first…?  Well, probably…but that’s the case with the majority of books in a series, isn’t it?  For me it worked well as a standalone.

Our story starts with the Lee family being brutally murdered.  Danilov is immediately vexed as the murders took place on his patch but he’s not the lead detective (he should be, but he’s not).  Inspector Cowan, a less than honourable colleague, has taken the reigns and delights in bragging that the killer has been apprehended, using a little physical coercion (if you know what I mean!).  Whilst moving the prisoner to the hospital he and a fellow police officer are shot, one fatally.  Could this new murder be connected to the Lee family?  And if so, how…?

Inspector Danilov and DS Strachan are on the case!  (It’s not their case but they’re on it.) And thank goodness they are.  I ADORE Danilov and Strachan.  They are my new favourite crime-fighting duo!  Everything about these two characters works so well in my opinion. Danilov with his peculiarities, dutiful Strachan with his desire to learn from the more experienced detective. Such charming characters who I hope I will have the chance to read about again and again.

The multicultural setting of 1920s Shanghai was a joy to read about.  Historical fiction is something I dip my toe into very occasionally as I sometimes find it (dare I say) a little dull.  Not the case with the hustle and bustle of twenties Shanghai.  It was vibrant, fascinating and set the scene perfectly.

I couldn’t put this wonderful book down so it’s no surprise that I recommend it.  How can you not have Inspector Danilov and DS Strachan in your life??

Five out of five stars

Many thanks to Carina, M J Lee and NetGalley for providing me with a copy of City of Shadows in exchange for an honest review.

City of Shadows by M J Lee was published in the UK by Carina on 11th March 2016 and is available in eBook format | amazon.co.uk | Goodreads | 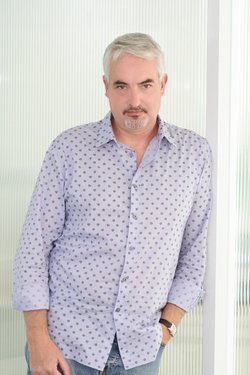 About the author:  Martin has spent most of his adult life writing in one form or another. As a University researcher in history, he wrote pages of notes on reams of obscure topics. As a social worker with Vietnamese refugees, he wrote memoranda. And, as the creative director of an advertising agency, he has written print and press ads, tv commercials, short films and innumerable backs of cornflake packets and hotel websites.
He has spent 25 years of his life working outside the North of England. In London, Hong Kong, Taipei, Singapore, Bangkok and Shanghai, winning awards from Cannes, One Show, D&AD, New York and London Festivals, and the United Nations.
Whilst working in Shanghai, he loved walking through the old quarter of that amazing city, developing the idea behind a series of crime novels featuring Inspector Pyotr Danilov, set in 1920s and 30s.
When he’s not writing, he splits his time between the UK and Asia, taking pleasure in playing with his daughter, practicing downhill ironing, single-handedly solving the problem of the French wine lake and wishing he were George Clooney.  Connect with M J Lee on Twitter or via his website. 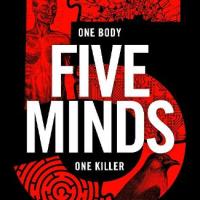 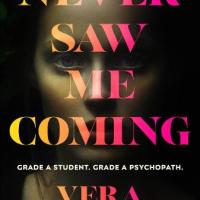 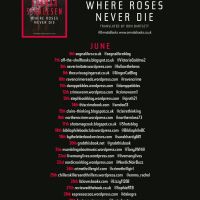 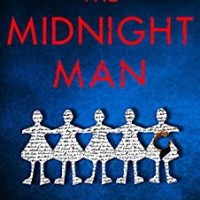