So here’s the thing, I was due to have wrist surgery at some point during July.  In preparation for my surgery and post-op recovery I had kept most of the month free of blog tours and other promotional bits and bobs; it was going to be quiet month. However, my surgery was cancelled so I’ve been left with a fairly empty blog, which is a very sad thing indeed!

After pondering on it for a few days I decided that I wanted to fill damppebbles during July with author guest posts.  Mainly from crime writers but I’m not scared of stepping out of my comfort zone into other genres every now and then!

With that in mind, I am delighted to welcome Tracey Sinclair to damppebbles today.  Tracey is a fantasy writer and the author of the Cassandra Bick Chronicles.  Book 3 in the series, Angel Falls, was published earlier this year and is available as an eBook.  Here’s the blurb…

“It isn’t easy to surprise Cassandra Bick. When you run a human-vampire dating agency, your colleague is a witch who is engaged to a shifter and your business partner is one of London’s most powerful (and sexiest) vampires, there’s no such thing as a normal day at the office.

But when a mysterious Dark Dates client brings a dire warning of a new threat to the city’s supernatural community, Cass and her friends realise they are up against their deadliest foe yet – and that this time, the danger is far closer to home than they could ever have imagined.

Sexy, snarky and with more bite than a crypt full of vampires, Angel Falls is the latest in the Dark Dates: Cassandra Bick series.”

Not my usual genre but the Cassandra Bick Chronicles sound fantastic!  Tracey has very kindly provided me with a review copy of  Dark Dates (book one of the series) which I will be reviewing on damppebbles in due course.

Over to you Tracey…

I’m a huge fan of genre fiction, and it’s always been one of my pet peeves when it’s dismissed as ‘not serious’ or not as high quality as ‘literary’ fiction (this was true even before I wrote genre fiction myself, honest!) I’m also fond of a series, which is something genre fiction specialises in, as they often focus on strong storylines and interesting recurring characters, rather than the ‘one big idea’ of a standalone literary novel. My favourite genres are crime and paranormal/urban fantasy, and I’ve realised they often have more in common than you’d think…

Charlie Huston – Joe Pitt casebooks
Vampire fiction has become synonymous with YA romance thanks to the Twilight phenomena. But Charlie Huston’s Joe Pitt has more shared DNA with the hardboiled heroes of Raymond Chandler or Elmore Leonard than he does with Edward Cullen. Best described as pulp noir, these books are gory, gritty stories set in a New York that is instantly recognisable, despite having a thriving vampire population. Not for the faint-hearted, they don’t shy away from modern realities (Aids, racial divisions, economic inequality) and are utterly compelling and even ultimately romantic (after all, Pitt does it all for the love of a dame).

John Connolly – Charlie Parker series
Although these tend to be categorised as crime, they actually have a strong supernatural element, which only becomes more pronounced as the series goes on. They are on one level just exceptionally well-written (although very dark) thrillers, and much of the ‘otherworldliness’ is open to question: are there eternal evil forces at work, or is that just the delusion of criminals seeking justification for their wrongdoings? But as the books build into a satisfying arc, you realise that there is something bigger at play, even while you can’t quite figure out Parker’s role in it.

Jim Butcher – Harry Dresden files
Yes, the other wizard called Harry. One of the most consistently enjoyable urban fantasy series around, these start off basically as ‘wizard detective’ novels, as Dresden works with the police to solve crimes that may or may not have a supernatural element. In some ways he’s the archetypal PI – smart mouthed, cocky, too stubborn for his own good and with a weakness for a damsel in distress. As the series goes on, the storylines become more fantasy-heavy, as Dresden’s world opens up to everything from reanimated corpses to evil fairies, but by then you’re too hooked to care.

Terry Pratchett – the Men at Arms books (Discworld series)
Lots of people dismiss Pratchett out of hand – he writes about trolls and witches! Lots of people are wrong. Because while the first couple of books in his best-selling Discworld series have dated badly, the collection as a whole offers one of the most complete and coherent fictional universes, and he uses the oft-mocked (sometimes, admittedly, by Pratchett himself) tropes of fantasy to draw parallels to our own world, tackling everything from religious extremism to people trafficking to rampant capitalism. It may be stretching to call them urban fantasy (although they are mostly set in a city, so maybe not), but his books featuring the Night Watch are some of his best, following copper Samuel Vimes’ progress from disillusioned Watch commander with a fondness for the bottle, to (reluctantly) upstanding community leader who only occasionally gets to kick criminals’ doors in. On the way it has an awful lot of fun with all of the clichés of crime and thriller stories, from Columbo-style faux-bumbling questioning (‘Just one more thing…’) to the rebel cop being thrown off a case, all set against the background of an organic, evolving cityscape. Essential reading.

Thank you Tracey for this fascinating post.  I have read a number of John Connolly’s Charlie Parker series and have always enjoyed them.  As for Terry Pratchett, I devoured his books during my teens and they still have a special place in my heart.  My parents will, to this day, tell you about the holiday we took where I all I did was read Discworld novels (I’m not sure what else there is to do on holiday other than read….).

Tracey Sinclair is an author, writer and editor who lives in Brighton. She’s a massive geek and lover of all things supernatural (and, indeed, Supernatural) and who probably spends way too much of her time on Netflix. She writes for a range of magazines and websites and her latest books are the Dark Dates series – which do indeed owe quite a lot to crime novels. The most recent of these are Angel Falls and A Vampire in New York and Other Stories.

Buy A Vampire in New York and Other Stories from amazon.co.uk 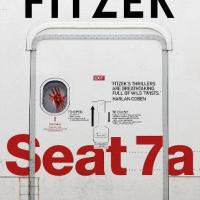 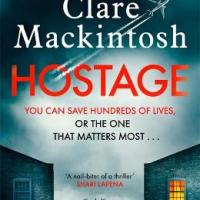 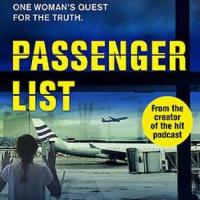