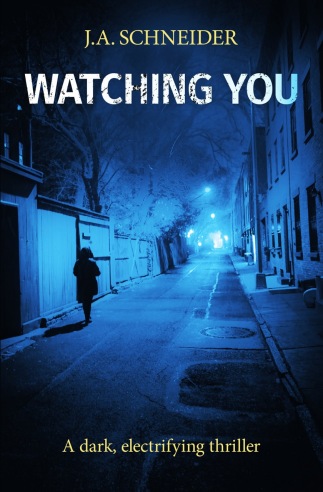 “A serial killer texts his victims first. A detective vows revenge. He comes after her.

In the chill of an October night, Detective Kerri Blasco is called to a bizarre murder scene. Leda Winfield, a young volunteer for the homeless, has been shot. Her cell phone displays the frightening text, WATCHING YOU, and into her back, hideously pushed with a hat pin, is a note with the same awful message. Leda’s socialite family and friends insist that no one would have wanted to harm her, but Kerri isn’t convinced.

Until another random young woman is killed in the same way. Kerri and her team profile a monstrous killer who enjoys terrifying his victims before stalking and killing them. But how does he get their phone numbers?

Kerri soon finds that the killer is after her, too, and that the key to finding him may just be in the homeless shelter. When the body count rises, she vows to stop the madman – even if it means battling her own personal trauma, risking her job, her love relationship with her boss Alex Brand, and her life.”

I am delighted to welcome you to damppebbles today and my stop on the Watching You blog tour which I share with the lovely Susan at Books From Dusk Till Dawn, and my very favourite book blog(ger), Joanne at My Chestnut Reading Tree.  Watching You is the third book in the Detective Kerri Blasco series and is written by talented author, J.A. (Joyce) Schneider.  I have read, thoroughly enjoyed and reviewed the second book in this gripping series. Click here to read my four and a half star review of Her Last Breath (Detective Kerri Blasco #2).

To celebrate the publication of Watching You on 25th April 2017 I have a fantastic guest post from J.A. Schneider to share with you (I do love a guest post!).  So without further ado, I’ll hand over to Joyce…

Never give up. Never stop writing. Life will do everything it can to throw you roadblocks and disappointment, but keep at it. It’s hard to maintain the passion in the face of constant rejection, but don’t forget what made you start writing in the first place. Also, avoid comparing your beginning to someone else’s middle. Those “oh-so-lucky best sellers” you see in the top slots on Amazon – 99% of them, anyway – went through decades of rejection and frustration.

Her Last Breath was my eighth book. Readers were finally starting to hear about me. Or maybe it began with my seventh book, Fear Dreams –  but before those two psychological thrillers I wrote the six-book Embryo medical thriller series, which had some success, acquired a small but loyal following, but didn’t resonate as Fear Dreams did. Which, again, was my seventh book. If I had given up after six…

Often, the hardest part is keeping alive the will to keep going. For inspiration and encouragement, two of my favorite author quotes are David Baldacci’s “A writer is always terrified,” and E.L. Doctorow’s “Writing is like driving at night. You can only see as far as your headlights.” Other terrific quotes are Tess Gerritsen’s “Do you have the guts to stay with it?” and Stephen King’s “Just flail away at the g-damn thing.” I have a collection of those quotes on a Word doc which I keep open to the left of my writing draft, and those quotes are my crutch, like friends saying, “Hey, we’ve all been through the same thing!”

That collection of quotes is a comfort, and since those writers have more years of hair tearing and anguish behind them than I do, I’d like to share a few of their encouraging nuggets with you:

Hugh Howey: “Try to worry about the writing and nothing else. Also look at it as a marathon, not a sprint. My bestselling book was my eighth or ninth. As soon as it took off, the rest of my books took off with it. The idea that we can pub one title and it will catch on … your odds are better that you’ll rope a unicorn.”

Lisa Gardner: “It took a good ten years for me to become an overnight success. (Laughter).”

Bella Andre: “Seven years of frustration, my publisher dropped me…”

T.R. Ragan: After 20 years, I began to question my sanity and the whole perseverance thing. I knew this writing business wouldn’t be easy. If it were, everyone would be doing it. But I never thought it would be this hard. By the time I had signed with my second agent and worked with two editors, I decided to stop writing romance and start writing thrillers. I took my frustration with the industry and unleashed it as I wrote my first serial killer novel.”

[When sales of Abducted reached 300,000 (after 20 yrs of tears) Ms Ragan was approached by two of New York’s big five publishers—at long last. “I said, ‘Forget you,’” Ragan recalls, laughing. Instead, she signed with Thomas & Mercer…]

There’s also that wonderful passage from the Bible, Galatians 6:9: ”Do not give up, for in due season you shall reap if you do not tire.” You don’t have to be religious to appreciate that one. It’s pretty powerful.

As a final note I’d suggest that you not show your first draft to others until you’ve reached the end. That first draft is fragile, you’re in the earliest phase of finding your story from the sticky morass of characters and plot threads. Any comments, positive or negative, can affect the way you feel about your story before its mud has cleared for you, in its own time.

So hang in there; keep those imagination wheels turning even if pushed to the back burner. No matter what the stress or distraction, it can also be helpful to keep an old-fashioned notebook, in hand, literally. It just feels good to hold. On bad days, get one sentence into it before the bleep hits the fan again. You’ll feel better. Keep the dream alive.

Thank you, Joyce for this inspiring post.  I love all of those quotes, particularly Lisa Gardner’s which appeals to my warped sense of humour!  I can’t imagine how it feels for a writer to be put through the wringer with their work in progress.  I often struggle to put a 500 word book review together!  I have nothing but respect and admiration for writers.  As Joyce says, keep going.  Us bloggers, reviewers and readers need your words ❤.

Watching You by J.A. Schneider was published in the UK on 25th April 2017 and is available to purchase from Amazon by clicking here. 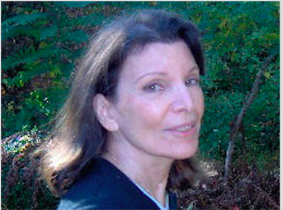 J.A. (Joyce Anne) Schneider is a former staffer at Newsweek Magazine, a wife, mom, and reading addict. She loves thrillers…which may seem odd, since she was once a major in French Literature – wonderful but sometimes heavy stuff. Now, for years, she has become increasingly fascinated with medicine, forensic science, and police procedure. She lives with her family in Connecticut, USA.

2 thoughts on “#BlogTour | #GuestPost: Watching You by J.A. Schneider (@JoyceSchneider1)”