“How do you catch a killer who knows your every move?

The woman lay flat on the table, her face to one side, her wrists bound with thick tape. Deep scratches marked the wood beneath her fingers, now resting cold and still…

When a woman’s body is found in an abandoned bar near the Southampton docks, Detective Kate Matthews is called in to lead the investigation. She must solve this case to prove she is coping with the death of a close colleague.

Kate knows a pile of ripped up newspaper cuttings discovered at the victim’s house must be a piece of the puzzle, but her team keep hitting dead-ends… Until she finds a disturbing clue that convinces her of three things: The murder is linked to the body of a man found hanging in a warehouse, she is on the hunt for a calculated serial killer, and the killer is watching her every move.

Kate realises there will be another victim soon, and that her own life is in grave danger, but no one else believes her theory. Can she find and stop the most twisted killer of her career, before another life is lost?

An absolutely NAIL-BITING thriller that will keep you guessing to the very last page. Perfect for fans of Robert Dugoni, James Patterson and MJ Arlidge.“

I am delighted to welcome you to my stop on the Dead to Me blog tour today, which I share with the very lovely Rachel over at Rae Reads.  Dead to Me is written by established author Stephen Edger, is the first book in the new DI Kate Matthews series and was published by Bookouture on 17th August 2017.

I was very keen to read Dead to Me, Stephen Edger’s first release under the Bookouture banner. In all honesty, I’ve been wanting to read Edger’s books for a while now as a highly thought of blogger friend of mine is a rather large fan of his books.  And seeing as I only get to read blog tour books at the moment, this seemed like the perfect opportunity.

We meet DI Kate Matthews who is soon to be divorced (once she signs the papers!), mother to one and recently transferred from the Met to Southampton due to a previous case gone wrong.  So wrong it ended in the death of a young DC colleague.   The kind of wrong that you find it impossible to walk away from.  Kate is a mess; she’s not making her name in Southampton, colleagues have already turned against her and she’s a disastrous mother. All in all, I couldn’t find a lot to like about her.  I like my detectives to be a little, shall we say ‘damaged’ by the job.  I like them to have flaws but oh my, Kate is something else altogether.  I felt there was room for improvement though, that she could grow on me as the story progressed…but then her ex-husband was called away and Kate’s daughter, Chloe was left in her ‘care’.  Chloe is six years old and was the standout character in the book for me.  It may be because I also have a six-year-old but Kate’s decision to leave her child with her ex-husband hit a bit of a raw nerve with me.  Instead of growing to like her, I went the opposite way and my dislike grew dramatically.  However, that doesn’t take away from the fact that I did enjoy this book.  Just because you don’t warm to, or like a lead character, that doesn’t mean you will end up hating the book.  This is certainly the case for me, anyway.

The plot was pacy and I appreciated the very different way the author had of killing off one of his victims.  There is also another gory death towards the start which appealed to my darker side.  I really enjoyed Kate’s perseverance, her desire to figure out if and how three very different cases fitted together.  I also really liked her DC, Laura Trotter who felt very real and relatable.  Other members of the team were a little too distant from the main storyline for me to be able to make a judgment.  Although I will say, at one point, I suspected two totally innocent key characters as the murderer.  I was very, very wrong.

This is a good book and I really enjoyed Edger’s story (if not so much his lead protagonist).  However, what I found very hard to digest was the ending of this book and the big reveal.  I really can’t say much as I don’t want to spoil it for future readers.  So I will say that yes, the big reveal came like a bolt out of the blue but it was a little…unbelievable.  It had me sat there for a few minutes, shaking my head and muttering ‘what…?!’ under my breath.

Would I recommend this book?  I would, yes.  I would, without a doubt, read another book written by Stephen Edger.  It’s a great story and others may be able to warm to Kate in a way I wasn’t able to.  And of course, I may be being overly critical of that ending.  After all, it is fiction and if you can’t do the odd out of left field twist, then when can you?

Three and a half stars out of five.

I chose to read and review an eARC of Dead to Me.  The above review is my own unbiased opinion.

Dead to Me by Stephen Edger was published in the UK by Bookouture on 17th August 2017 and is available in paperback and eBook formats | amazon.co.uk | amazon.com | Goodreads |

Stephen Edger is a British crime writer, who has been writing since 2010. In that time he has written and published eleven novels, and five short stories. He writes mysteries and thrillers focused on crime.

Stephen was born in the north-east of England, grew up in London, but has lived in Southampton since attending university in the year 2000. Stephen works in the financial industry, and uses his insider knowledge to create the plots of his books. He also has a law degree, which gives him a good understanding of the inner workings of the UK justice system.

Stephen is married, has two children, and two dogs. He is passionate about reading and writing, and cites Simon Kernick and John Grisham as major influences on his writing style.

3 thoughts on “#BlogTour | #BookReview: Dead to Me by Stephen Edger (@StephenEdger) @bookouture” 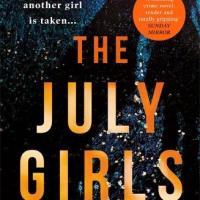 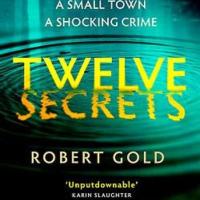 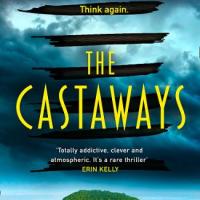