“‘He had started to remove his clothes as logic had deserted him, and his skin was cracked. Whatever had been going through Cameron’s mind when he was alive, he didn’t look peaceful in death.’

Two brothers meet at the remote border of their vast cattle properties under the unrelenting sun of the outback. In an isolated part of Australia, they are each other’s nearest neighbour, their homes hours apart.

They are at the stockman’s grave, a landmark so old that no one can remember who is buried there. But today, the scant shadow it casts was the last hope for their middle brother, Cameron. The Bright family’s quiet existence is thrown into grief and anguish.

Something had been troubling Cameron. Did he choose to walk to his death? Because if he didn’t, the isolation of the outback leaves few suspects…”

Happy Monday! I am delighted to welcome you to my first ‘actual’ book review of the year and my first blog tour post of 2019 which is for The Lost Man by Jane Harper.  I received a free eARC of this book from the publisher but that has in no way influenced my review.  I am a huge fan of Harper’s writing having loved her previous novels, the epic The Dry and the superb Force of Nature.  This latest book, however, is a standalone and not part of the brilliant Aaron Falk series so if you’ve not picked up one of Jane Harper’s books before now is the time to start!

When Jane Harper has a new book coming out you can guarantee it will be one of my most eagerly anticipated reads of the year.  Full stop.  If Jane Harper writes something then oh boy, do I want to read it!  The Lost Man is a brilliant addition to her repertoire but one I found quite different from her previous works.  One thing I will say is that in every Harper novel I have read you can guarantee that the landscape; that desolate isolation, the unpredictability of the Australian Outback plays as much a part of the story as the lead characters do.  I think it’s something us Brits tend to struggle to get our heads around.  Exactly how much open space there is, how far you have to travel to see another human being and how totally alone you can feel.  Harper writes these scenarios with such aplomb and so vividly that I found myself totally immersed in the picture she was painting for us readers.

The Lost Man is about the Bright family, an isolated family of cattle farmers.  You can’t help but like Nathan, the eldest of the three Bright brothers.  Early on you discover that he has done something so catastrophic that the entire town has turned their backs on him.  What exactly that is you don’t discover until later in the story but for a community so dependent on each other and so isolated you can guarantee it’s no small thing.  Despite discovering what terrible thing Nathan did, my like of the character did not waiver.  He comes across as a struggling, part-time, single parent who regrets past decisions he made but most of all he comes across as very lonely.  Tidbits of information fall into the reader’s lap as the story progresses and things gradually start to crystalise.  Before long Nathan realises that not everything is as it seems…

Would I recommend this book? I would. This was a slow burn of a read for me that I would recommend to anyone who enjoys a well-written story.  The setting and the characters combine to make a suspenseful tale about the Bright family and the secrets they hide within their familial bubble.  I had my suspicions about what had happened to Cameron, the deceased middle brother, but it was interesting to watch the story unfold and have my suspicions confirmed.  Harper throws in some wonderful red herrings to keep her readers on their toes and I had several moments of doubt before the perpetrator was uncovered.  You can’t go wrong with a Jane Harper novel and if you haven’t read one of her books before then please do yourself a favour and grab a copy.

I read and reviewed an eARC of The Lost Man by Jane Harper.  The above is my own unbiased opinion.

The Lost Man by Jane Harper was published by Little,Brown on 7th February and is available in hardback, eBook and audio formats (please note, some of the following links are affiliate links which means I receive a small percentage of the purchase price at no extra cost to you): ┃amazon.co.uk ┃amazon.com┃Waterstones ┃BookDepository ┃Goodreads ┃ 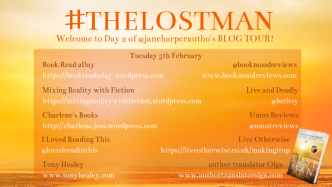 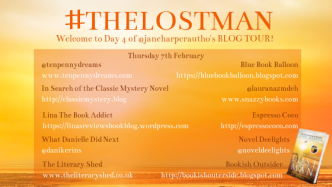 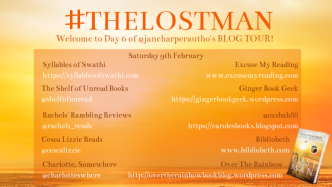 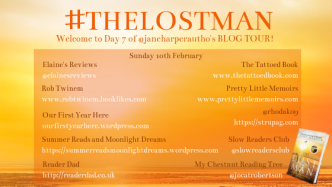 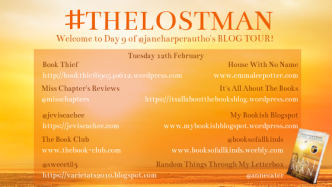 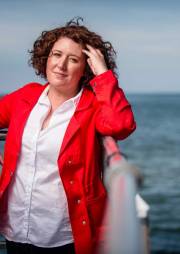 Jane Harper is the internationally bestselling author of The Dry and Force of Nature. Her third book, The Lost Man, was released in October 2018.

Her books are published in more than 36 territories worldwide, with film rights sold to Reese Witherspoon and Bruna Papandrea.

Jane worked as a print journalist for thirteen years both in Australia and the UK, and now lives in Melbourne.