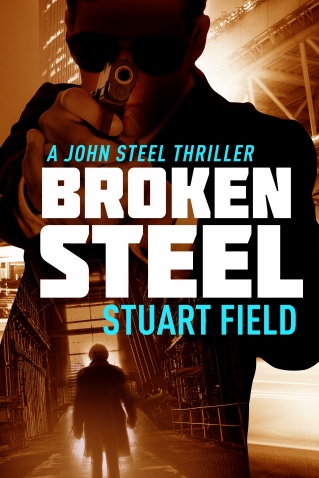 “After ten years in prison for his wife’s murder, Brian Armstrong is free.

When a freak accident with the prison transport gives him and two others an opportunity to escape, they seize it. With revenge in his heart, Brian disappears into the storm-filled city. After an ex-schoolteacher is found dead, Detective John Steel is brought in to investigate.

The circumstances are mysterious – just the way Steel likes it. His partner Samantha McCall is convinced the timing between the escape and the death of the teacher are more than coincidence. As they start to investigate, the case becomes more complex than they could have ever imagined. With time running out, can they find the killer and bring him to justice?”

Hello! Emma has kindly passed the reviewing baton over to me today so that I can share my thoughts on Broken Steel by Stuart Field with you. I received a free eARC of this book but that has in no way influenced my review.

When a bus carrying convicted criminals crashes on it’s way to court, it is not surprising that some make the break for freedom. But they then have a choice, lie low to avoid being caught or settle some old scores. So when people associated with the cases of the escapees start turning up dead, there is a big puzzle for Steel and McCall to solve.

This is my first book in the Steel series. There is clearly a fascinating backstory to this character but the book can still happily be read as a standalone. Steel is the classic ‘riddle wrapped in an enigma wrapped in a puzzle and served with a side of mystery’ for us to have so little insight into the thinking of one of the main characters is a fascinating read. His partner, Samantha McCall, is much more transparent giving this partnership of contrasts an easy to understand character and a conundrum! Steel is impressive in that he contains many of the generalisations for lead characters but feels head and shoulders above many of his peers as a well formed character. Whether he is looking for answers in traditional ways or serving up his own form of justice, he comes across as consistent and focussed on solving the crimes. McCall brings her own perspective and insight into the investigation and takes decisive actions in the investigation rather than being dismissed to the role of trusty sidekick.

The story was strong and well written and Stuart Field avoids the temptation of making it all action. The scenes around the desk at the station, as the police search for clues, were as intriguing as the action scenes were immersive. The balance of action and mystery was so well made with the book feeling at home in both the ‘action thriller’ and ‘crime’ genre.

There are certainly twists in the book, red herrings and well drawn characters on both sides of the law. Who can be trusted, and who will betray Steel and McCall, keeps the reader on their toes throughout this novel.

Will I be reading more Steel? I hope so! I would happily recommend this book to anyone looking for an entertaining, well written and intriguing crime action thriller, and will be keeping my eye out to read more in the future.

Broken Steel by Stuart Field was published in the UK by Next Chapter Publishing on 26th February 2020 and is available in paperback and digital formats (please note, the following links are affiliate links which mean I receive a small percentage of the purchase price at no extra cost to you): | amazon.co.uk | amazon.com | Goodreads | 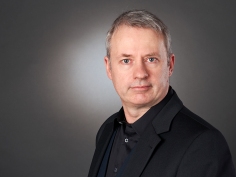 Stuart Field was born in the UK, in the West Midlands. He spent his early years in the army, seeing service in all the known (and some unknown) hotspots around the world. He now lives in Germany with his wife Ani. When not engaged in highly confidential security work, he writes thrillers which perhaps mimic his life-experience more than the reader would like to believe.