“By the time you read this, I’ll have killed one of your husbands.

In an isolated retreat, deep in the Northumbria moors, three women arrive for a weekend getaway.

Their husbands will be joining them in the morning. Or so they think.

But when they get to Dark Fell Barn, the women find a devastating note that claims one of their husbands has been murdered. Their phones are out of range. There’s no internet. They’re stranded. And a storm’s coming in.

Friendships fracture and the situation spins out of control as each wife tries to find out what’s going on, who is responsible and which husband has been targeted.

This was a tight-knit group. They’ve survived a lot. But they won’t weather this. Because someone has decided that enough is enough.

That it’s time for a reckoning.”

Hello and welcome to damppebbles. Today I am delighted to be joining The Long Weekend blog tour. The Long Weekend by Gilly Macmillan will be published by Century on 3rd February 2022 in hardcover, audio and digital formats with the paperback to follow later in the year. I chose to read and review a free eARC of The Long Weekend but that has in no way influenced my review.

The Long Weekend is a book that I just could not resist! With that striking cover and that very intriguing blurb, I had to read this one. Plus I’ve been keen to read a Gilly Macmillan novel for a while now – this being my first – so all the stars aligned and I got stuck into this one straight away. And what a ride!

Three couples book a weekend away in Northumbria. They’ve chosen a converted barn, far from civilisation, out of mobile range, on a farm. It’s the perfect place to get away from it all and spend some quality time together. But the men unexpectedly get held up, so the three women – Jayne, Ruth and Emily – head north, with the men joining them the following day. On arrival, they discover a devastating note which sends their weekend into free fall. The note claims that one of their husbands has been killed. Completely isolated, unable to contact their husbands and with a ferocious storm approaching, tempers begin to fray. Uncertainty and fear drive the women to turn on each other. Which husband has been targeted, and why? And will the women ever escape Dark Fell Barn to find out…

The Long Weekend is a gripping psychological suspense novel and one I thoroughly enjoyed. I loved the atmospheric feel the author gives to the Northumbrian setting. I could feel the chill of the wind and the rain, the pressing darkness as tensions mount. It was wonderful. I also really liked the sub-plot featuring Maggie and John, the owners of the farm. John’s health is deteriorating but Maggie can’t stop her strong-willed husband from doing what he’s always done. He knows the landscape like the back of his hand. Or he did, at least… As their story reached its climax, I became quite emotional.

The three main characters – Jayne, Ruth and Emily – have very little in common yet are forced to be friendly because of their husbands friendship and shared history. Jayne is ex-military intelligence – straight down the line, has been a part of traumatic decisions but lacks self-confidence and sees herself as unattractive and plain. Ruth is a GP and a new mum, struggling to cope with the work/life balance, and not helped by Toby, her husband, becoming distant since the baby’s arrival. Emily is young and attractive, a new addition to the group. The trophy wife – or so the others think – but her love for husband Paul is clear. As the situation worsens, as the truth becomes clear, the relationship between the women crumbles further.

Would I recommend this book? I would, yes. I really enjoyed The Long Weekend. I found it to be a twisty, compelling read from start to finish, and I was keen to find out how things would end for the characters. There are quite a few surprises along the way which kept me on my toes and kept me guessing. An intriguing, well-written story by an author I’m keen to read more from. Recommended.

I chose to read and review a free eARC of The Long Weekend. The above review is my own unbiased opinion.

The Long Weekend by Gilly Macmillan was published in the UK by Century Books on 3rd February 2022 and is available in hardcover, audio and digital formats (please note, the following links are affiliate links which means I receive a small percentage of the purchase price at no extra cost to you): | amazon.co.uk | Waterstones | Foyles | Book Depository | bookshop.org | Goodreads | damppebbles bookshop.org shop | 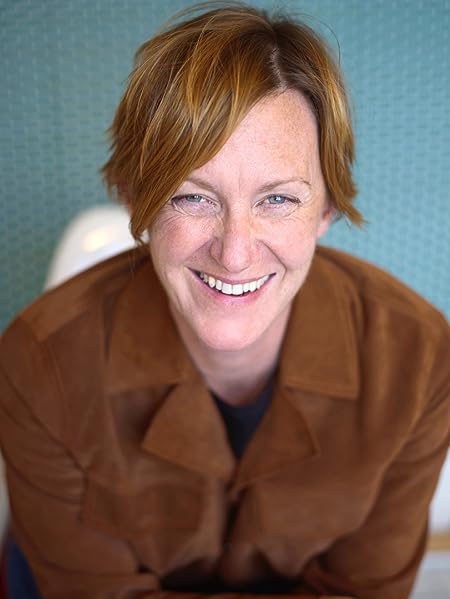 Gilly Macmillan is the Sunday Times & New York Times bestselling author of THE NANNY (out 2019). Also WHAT SHE KNEW (previously published as BURNT PAPER SKY in some territories), THE PERFECT GIRL, ODD CHILD OUT & I KNOW YOU KNOW.

Gilly is Edgar Award nominated and an ITW award finalist. Her books have been translated into over 20 languages.

She grew up in Swindon, Wiltshire and also lived in Northern California. She studied History of Art at Bristol University and the Courtauld Institute of Art in London.

Gilly lives in Bristol, UK with her family and writes full time.