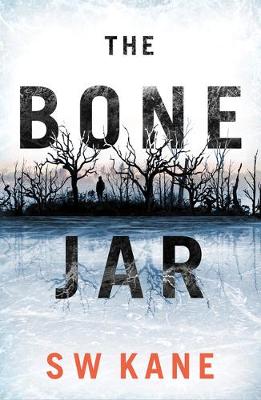 The body of an elderly woman has been found in the bowels of a derelict asylum on the banks of the Thames. As Detective Lew Kirby and his partner begin their investigation, another body is discovered in the river nearby. How are the two murders connected?

Before long, the secrets of Blackwater Asylum begin to reveal themselves. There are rumours about underground bunkers and secret rooms, unspeakable psychological experimentation, and a dark force that haunts the ruins, trying to pull back in all those who attempt to escape. Urban explorer Connie Darke, whose sister died in a freak accident at the asylum, is determined to help Lew expose its grisly past. Meanwhile Lew discovers a devastating family secret that threatens to turn his life upside down.

As his world crumbles around him, Lew must put the pieces of the puzzle together to keep the killer from striking again. Only an eccentric former patient really knows the truth—but will he reveal it to Lew before it’s too late?”

Hello and welcome to damppebbles. Today I am delighted to share my review of The Bone Jar by S.W. Kane. The Bone Jar was published by Thomas & Mercer on 1st July 2020 and is available in paperback, audio and digital formats.

It’s been such a long time since I last read a police procedural (at one time, they were all I read!) so I made the decision to take a break from my planned reading and get stuck into a detective story, something from my own bookshelf. I chose The Bone Jar because it’s the first in a series (I hope it’ll become a series anyway!) and I love the creepy cover. I’m really glad I chose it as it was just the right book at just the right time.

The body of an elderly woman is discovered at an old, abandoned asylum on the banks of the Thames. DI Lew Kirby and partner, DI Pete Anderson, are tasked with discovering what happened to the woman and why someone would beat her so viciously. And why was she left on a rusty old bed in the bowels of the asylum? The location, Blackwater Asylum, later renamed Blackwater Psychiatric Hospital, has its own chequered past of which no one speaks. Can Kirby and Anderson, with the help of urban explorer, Connie Darke, discover what happened to the woman? Or will Blackwater continue to keep it’s very dark secrets hidden…?

I thoroughly enjoyed The Bone Jar with it’s very likeable lead, hugely atmospheric landscape and well-written mystery. The author has done a superb job of sending chills down the readers spine with her descriptions of the creepy, derelict building and the relentless frosty, chill in the air. Set in South London on the banks of the Thames in the heart of winter, this novel would could give you the shivers even on a summers day! I’m always a fan of the setting being so well-written, such an integral part of the story that it feels like a character in itself and that’s exactly what Kane has achieved here. It’s a beautiful, eerie thing!

I loved DI Lew Kirby. Often the lead detective in the novels I read is highly flawed – drink, drugs, adultery etc. But Lew, apart from living on a narrowboat which isn’t all that odd really, is a very likeable, very competent detective. I loved the sub-plot where Lew makes a shocking discovery about his past (and as a result, his future). It was a fascinating revelation and I immediately went to my old friend Google to find out more.

Would I recommend this book? I would, yes. I found The Bone Jar to be well paced and thoroughly engaging. The subject matter is quite shocking and the things the reader discovers about psychiatric treatments in the past, and the indignities they suffered, made me feel uncomfortable. But I’m so glad I read this book and I hope this is the start of a long and bright future for DI Kirby. I really enjoyed how atmospheric the book was, the characters were clearly defined and very well-written. All in all, a terrific debut which I heartily recommend to all crime fiction fans.

The Bone Jar by S.W. Kane was published in the UK by Thomas & Mercer on 1st July 2020 and is available in paperback, audio and digital formats (please note, the following links are affiliate links which means I receive a small percentage of the purchase price at no extra cost to you): | amazon.co.uk | Waterstones | Foyles | Book Depository | bookshop.org | Goodreads | damppebbles bookshop.org shop | 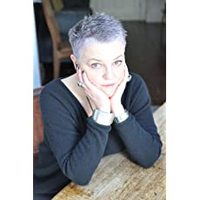 S W Kane has a degree in History of Design and worked at the Royal Institute of British Architects before taking on a series of totally unrelated jobs in radio and the music industry. She has an MA in Creative (Crime) Writing from City University. She began reading crime fiction at an early age and developed an obsession with crime set in cold places. A chance encounter with a derelict fort in rural Pembrokeshire led to a fascination with urban exploration, which in turn became the inspiration for her crime novels. She lives in London.

Leave a Reply to Yvonne (It's All About Books) Cancel reply