Meddling Kids by Edgar Cantero
A nostalgic and subversive trip rife with sly nods to H. P. Lovecraft and pop culture, in the vein of It and Stranger Things

In 1977 the Blyton Summer Detective Club unmasked the elusive Sleepy Lake monster—another low-life fortune hunter who would have gotten away with it too, if it weren’t for those meddling kids.

By 1990 the former detectives are haunted by strange, half-remembered events that cannot be explained by a guy in a mask. Andy, the once-intrepid tomboy now wanted in two states, wants answers. To find them she will need Kerri, the former kid genius now drinking her ghosts away in New York with Tim, an excitable Weimaraner descended from the original canine member of the club. They will also have to get Nate, the horror nerd currently residing in an asylum. Luckily Nate has not lost contact with Peter, the handsome jock turned movie star who was once their leader… which is remarkable, considering Peter has been dead for years.

The time has come to get the team back together and find out what actually happened all those years ago. It’s their only chance to end the nightmares and, perhaps, save the world.

Sun Damage by Sabine Durrant
The heat is intense.
The secrets are stifling.
She just needs to escape . . .

Nine guests arrive at a remote villa in the south of France.

They know each other well. Or think they do.

But at least one of them has plenty to hide – and nowhere to run.

Under the relentless sun, loyalties will be tested, secrets revealed, and tensions pushed to the point of no return.

The sensational new novel from the universally acclaimed Sabine Durrant – destined to be the thriller of summer 2022.

The Botanist (Washington Poe #5) by M.W. Craven
Detective Sergeant Washington Poe can count on one hand the number of friends he has. And he’d still have his thumb left. There’s the insanely brilliant, guilelessly innocent civilian analyst, Tilly Bradshaw of course. He’s known his beleaguered boss, Detective Inspector Stephanie Flynn for years as he has his nearest neighbour, full-time shepherd/part-time dog sitter, Victoria.

And then there’s Estelle Doyle. It’s true the caustic pathologist has never walked down the sunny side of the street but this time has she gone too far? Shot twice in the head, her father’s murder appears to be an open and shut case. Estelle has firearms discharge residue on her hands, and, in a house surrounded by fresh snow, hers are the only footprints going in. Since her arrest she’s only said three words: ‘Tell Washington Poe.’

Meanwhile, a poisoner the press have dubbed the Botanist is sending high profile celebrities poems and pressed flowers. The killer seems to be able to walk through walls and, despite the advance notice he gives his victims, and regardless of the security measures the police take, he seems to be able to kill with impunity.

For a man who hates locked room mysteries, this is going to be the longest week of Washington Poe’s life . . . 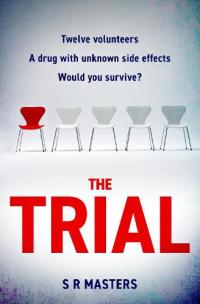 The Trial by S.R. Masters
Would you sign up to a medical trial if you didn’t know the possible side effects?

It seems like the opportunity of a lifetime. An all-inclusive luxury trip abroad, all you need to do is take a pill every day and keep a diary.

Except you don’t know anything about the drug or what its side effects might be.

The headaches start, a dull ache at first. Every day worse than the last.

Then a body is found.

Everyone is a suspect. Anyone could be a killer. Even you . . . 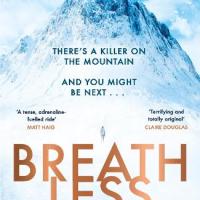