“Movie-making can be murder.

The project
Final Draft, a psychological horror, being filmed at a house deep in a forest, miles from anywhere in the wintry wilds of West Cork.

The lead
Former soap-star Adele Rafferty has stepped in to replace the original actor at the very last minute. She can’t help but hope that this opportunity will be her big break – and she knows she was lucky to get it, after what happened the last time she was on a set.

The problem
Something isn’t quite right about Final Draft. When the strange goings-on in the script start to happen on set too, Adele begins to fear that the real horror lies off the page…”

Hello and welcome to damppebbles. Today I am delighted to share my review of Run Time by Catherine Ryan Howard. Run Time will be published by Corvus Books later this week (that’s Thursday 18th August 2022) and will be available in hardcover, audio and digital format with the paperback to follow. I chose to read a free ARC of Run Time but that has in no way influenced my review. My grateful thanks to Kirsty at Corvus Books for sending me a proof copy.

I recently had the pleasure of reading The Nothing Man by Catherine Ryan Howard and absolutely loved it (my review of The Nothing Man will be published on the blog in the coming weeks so keep an eye out for that!). When I saw that the author’s latest book revolves around the set of a horror film, I knew I had to read it. There were several reasons for this: 1) the author is a superb writer 2) I loved the concept of the book and 3) as well as being a crime fiction fan I’m a huge fan of horror fiction so Run Time really grabbed my attention. There was no way I was going to let this one pass me by!

Adele Rafferty is a struggling actor who despite becoming a household name due to appearing in an Irish soap opera, now makes beds at a dingy Hollywood motel. Believing her own hype, Adele made a few bad career choices which ended up with her not being able to work in Ireland anymore. So she headed to LA where dreams rarely come true. Struggling and destitute in Hollywood, and trying to reclaim her past glory via a string of failed auditions, she’s on the brink of giving up. That is until she receives a call. Cross Cut Productions led by Steve Dade and Daniel O’Leary are making a horror movie and they want Adele as the lead. It would mean returning to Ireland but the intense night time filming schedule means she won’t need to see anyone from her past. It’s an opportunity she can’t miss and if the movie is a success then it’ll right all the horrible wrongs, Adele will be a star again! But at what cost? As the odd goings-on in the script start to happen in real life, Adele realises that she’s in terrible, terrible danger…

Run Time is a thoroughly engrossing thriller which I found both gripping and hugely entertaining. Adele has her secrets which the reader is not made party to until much later but you know something pretty catastrophic has happened to stop her returning to Ireland, particularly when she’s struggling in LA as much as she is. When she receives the call at the last minute to star in Final Draft, a psychological horror movie based on the novel First Draft, it seems to be the answer to her prayers. The filming schedule is intense, over the course of two weeks, and at night, which means she won’t have to see anyone outside of the cast and crew as they’ll all be resting during the day. But as she approaches the set, down a long winding road, bumping over the potholes, in a taxi driven by a peculiar woman, you know things aren’t going to turn out well for Adele. The author masterfully sets the scene, sending chills down the readers spine and ratcheting the tension up beautifully.

The author has created such a well-plotted, clever story with very lifelike characters. I really felt for Adele. I had no idea what had happened to her in the past to make her run away from all she knew but whatever it was, I don’t think it really mattered to me. She’s not perfect (far from it!) and I don’t know if everyone will warm to her but I was certainly rooting for the character. Things start off fairly benign, early occurrences can be easily explained away but as the frequency and intensity increase, Adele’s situation and it’s terrifying implications are impossible to ignore.

Would I recommend this book? I would, yes. Run Time is a well paced, creepy novel which builds beautifully over the course of the book to a thrilling, shocking conclusion. I did not see that coming, let me tell you! Interspersed amongst the live-action chapters which follow Adele on her journey through the creepy old house and into the surrounding woods, are chapters from the movie’s script. I really enjoyed these sections as they included the stage directions. I was a little apprehensive at first that they would interrupt the flow of the story but that was not the case at all. I quickly became accustomed to the presentation and found the script really added something to an already well-written story. Very inventive, highly original and superbly entertaining. Recommended.

I chose to read and review a free ARC of Run Time. The above review is my own unbiased opinion.

Run Time by Catherine Ryan Howard was published in the UK by Corvus Books on 11th August 2022 and is available in hardcover, audio and digital formats with the paperback to follow (please note, the following links are affiliate links which means I receive a small percentage of the purchase price at no extra cost to you): | amazon.co.uk | Waterstones | Foyles | Book Depository | bookshop.org | Goodreads | damppebbles bookshop.org shop | 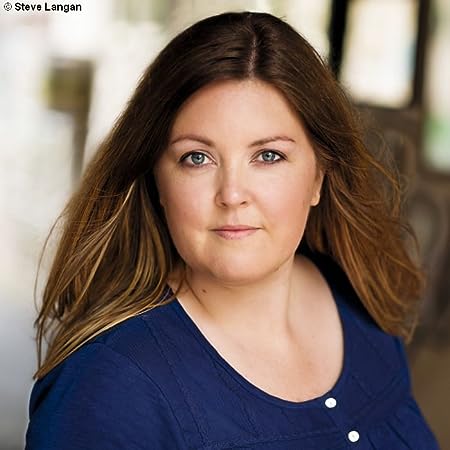 CATHERINE RYAN HOWARD is an internationally bestselling author from Cork, Ireland. Her work has been shortlisted for the CWA’s John Creasey New Blood and Ian Fleming Steel Dagger awards, and in 2019 her novel THE LIAR’S GIRL was a finalist for the Edgar Award for Best Novel. THE NOTHING MAN was a no. 1 bestseller in her native Ireland. She currently lives in Dublin, where she divides her time between the desk and the sofa.