“A locked room. A brutal murder. And a killer who can unwind time…

Can she solve the mystery before time runs out… again?”

Hello and welcome to damppebbles. Today I am delighted to share my review of Black Lake Manor by Guy Morpuss. Black Lake Manor is published today (that’s Thursday 8th September 2022) and is available in hardcover and digital formats with the paperback to follow next year. I chose to read and review a free ARC of Black Lake Manor but that has in no way influenced my review. My grateful thanks to the team at Viper Books for sending me a proof copy.

One of the most memorable books I read last year was the absolutely bonkers Five Minds. Speculative crime fiction at its absolute finest. I was blown away by the detail, planning and thought that had gone into the book to create a future version of our world which perhaps we should do everything to avoid… But I was left pondering on what the focus of the author’s next book could be. How do you top Five Minds? Well dear reader, the answer to your question is you write Black Lake Manor!

It’s a momentous night for Orcus Technologies. Founder and billionaire Lincoln Shan is about to unveil his ground-breaking technology to the world’s press. But mid-demonstration a storm hits Black Lake Manor, Shan’s luxurious home, cutting those at the party off from the rest of the world. By morning Shan has been viciously murdered in his office. The door is locked from the inside and nothing about the scene really makes sense. It’s down to part time special constable and Shan’s ex-fiancée, Ella Manning, to solve the case. But time is against Ella because a number of her suspects have a secret skill and can unwind time. As Ella gets closer to the truth, the killer resets the clock and Ella must start from scratch again with no memory of what came before. Can Ella discover who killed Lincoln Shan before time runs out…again?

It’s true, I did – more or less – steal that last sentence from the blurb but I don’t care because I bloody love it! Black Lake Manor is an inventive, brilliantly mind-bending novel which hooked me in from the opening scenes and didn’t let go. It’s propulsive, highly intelligent and superbly written with fascinating characters and a stunning setting. We first meet Lincoln in 2025 at the tender age of twenty and on the cusp of selling his remarkable power (that of being able to unwind time by six hours) to the highest bidder, who happens to be the 8th Duke of Ombersley. I should mention at this point that the ability to unwind time is a once in a lifetime event. So once it’s done, that’s it – it can’t be done again. This shocking and unsettling exchange immediately sets the scene for the reader.  We then skip forward another twenty years to 2045 where Lincoln has made his billions and will stop at nothing to break new ground in the field of technology. Until he’s killed in a horrific manner and it’s down to Ella, a woman with more empathy for animals than her fellow humans, to solve his grisly murder…again and again and again.

I thoroughly enjoyed how vividly the author painted the Akaht backstory with the flashbacks to the early 1800s. They provided a level of authenticity which I very much appreciated. There is a lot going on in this book with chapters moving from the past to the present day story, and then time hopping backwards by six hours as the wolf eats time (read the book, it’ll make perfect sense 🐺) so the characters have to relive the same day again, most of them without any memory of what happened the first (or second) time around. It could have been confusing but it’s done so well that it’s very easy to follow and understand. All of the threads are expertly interwoven and tied off by the end of the book.

Would I recommend this book? I would, yes. If you’ve never read a speculative fiction novel before and would like to indulge then please, please, please pick up Black Lake Manor (or Five Minds). You’re in safe, competent hands with Mr Morpuss at the helm. I loved the characters, Ella in particular who is a little bit prickly and not really a people-person but she does what she has to do. I loved the setting with its sweeping Vancouver Island coastline looking out onto the Pacific, and the intricate, crumbling cave network beneath the community’s feet from Black Lake’s days as a mining town. And I loved how involved I became in the story. I was on the edge of my seat waiting for the wolf to eat time, waiting to see how that would affect proceedings and what different angle Ella would approach the investigation from afresh. Black Lake Manor is a very clever, hugely entertaining, totally immersive read which I devoured with wolf-like glee! If you’re looking for a mystery with a bit of a different spin to it, or you’re just a fan of superbly written characters, vivid, beautifully drawn settings and plots to grab and hold your attention, then this is definitely the book for you. Highly recommended.

I chose to read and review a free ARC of Black Lake Manor. The above review is my own unbiased opinion.

Black Lake Manor by Guy Morpuss was published in the UK by Viper Books on 8th September 2022 and is available in hardcover and digital formats with the paperback to follow (please note, the following links are affiliate links which means I receive a small percentage of the purchase price at no extra cost to you): | amazon.co.uk | Waterstones | Foyles | Book Depository | bookshop.org | Goodreads | damppebbles bookshop.org shop | 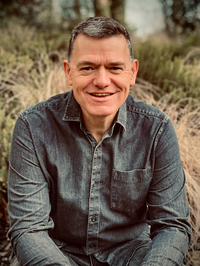 His second novel, BLACK LAKE MANOR, will be published in 2022.