“Don’t go into the woods. Because you’re in for a big surprise…

In an old album there is a beautiful Victorian photo that captures three young sisters, staring silently at one another. Only the trained eye can see the truth hiding in plain view. One of the sisters is already dead.

Annie Ashworth is currently off duty. With her baby bump growing fast, she is under strict instructions to stay away from police work and look after herself, especially as she has a history of leading danger right to her door. So when her police officer husband, Will, is called to the discovery of a skeleton buried out in the local woods, Annie tries to keep out of the investigation. But as another body is discovered and her own niece suddenly goes missing, staying away just isn’t an option.

As Annie is soon to discover, a picture really does tell a thousand stories. But which one leads to a killer?

The gripping new detective thriller that will haunt you”

I am delighted to welcome you to my stop on the The Girls in the Woods blog tour.  The Girls in the Woods is written by Helen Phifer and is book five in the Annie Graham series of paranormal crime thrillers.  I’ve only recently started to read and enjoy books with a paranormal twist to them (ghosts…pah!) and this was an enjoyable addition to my slowly growing list of spooky stories.

Annie Ashworth is on sick leave, which is a good thing seeing as she’s 6 months pregnant and seems to have a penchant for attracting the worst kind of trouble wherever she goes.  Being safely stowed away at home means she can’t get into any more trouble, can it?  Bored and looking for company Annie meets Jo, a woman she has things in common with such as an abusive husband (ex-husband in Annie’s case).  They form a bond but Annie is desperate to find out more about Jo and exactly how abusive her husband is.  Then a skeleton is discovered in the woods behind Jo’s house and the local community is put under scrutiny.  Heath, Jo’s agressive husband, is acting stranger than usual and is even more explosive towards her.  It’s not long before a second skeleton is found and things start spiral out of control.  Annie’s young niece goes missing, Annie is brutally attacked and hospitalised by a colleague only for that same colleague to step in front of a speeding car, almost killing himself.  Can Annie discover what’s going on before another body is found?  Any why does Heath have those large freezers in his photography studio…?

This was my first introduction to Annie Ashworth (nee Graham) and I’ve managed, once again, to start with book five in the series.  Book five!  I would however love to read the first four books in the series as I have one or two questions that I couldn’t find an answer to in The Girls in the Woods.  Of course, that raises the question, can this book be read as a standalone?  I think it can but my preference will always be to start with book one in a series (despite regularly ignoring my own advice!).

Annie can see and talk to ghosts following a blow to the head courtesy of her ex-husband.  So she’s not your usual paranormal lead who has had ‘the gift’ since birth. She’s a likeable character; gutsy, strong-willed and fairly independent and I would happily spend more time reading about her.

The plot has some great twists.  There were moments where I started to suspect one character of wrongdoing only to be thrown off the scent and my suspicions diverted elsewhere.  I do enjoy books that can make you think one thing and then immediately make you question your own conclusions.  The pace was good and I managed to read this book in one day (very quick for me!).

Would I recommend this book?  I would, particularly if you were looking for a spooky read to while away a couple of hours on an Autumnal evening.  I enjoyed it.

Many thanks to Neverland Blog Tours, Carina, the author and NetGalley for providing me with a copy of The Girls in the Woods in exchange for an honest review.

The Girls in the Woods by Helen Phifer is published in the UK by Carina and is available in eBook format | amazon.co.uk | Goodreads | Carina | 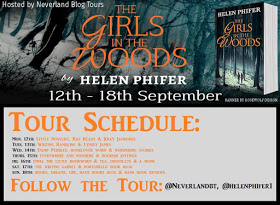 Helen lives in a small town called Barrow-in-Furness with her husband and five children and has done since she was born. It gets some bad press, but really is a lovely place to live. Surrounded by coastline and not far from the beautiful Lake District. She has always loved writing and reading, she loves reading books which make the hair on the back of her neck stand on end. Unable to find enough scary stories to read she decided to write her own.

Her debut novel ‘The Ghost House’ was published by Carina UK in October 2013 and went on to become a best seller along with the rest of the Annie Graham series. The Secrets of the Shadows, The Forgotten Cottage, The Lake House and The Girls in the Woods. Her next book The Good Sisters which is a stand alone, ghost story is released on the 13th October 2016.

“June 8, 1921. Ireland.
A British Officer is shot dead on a remote hillside south of Dublin.

November 22, 2015. United Kingdom.
Former police detective, Jayne Sinclair, now working as a genealogical investigator, receives a phone call from an adopted American billionaire asking her to discover the identity of his real father.

How are the two events linked?

Jayne Sinclair has only three clues to help her: a photocopied birth certificate, a stolen book and an old photograph. And it soon becomes apparent somebody else is on the trail of the mystery. A killer who will stop at nothing to prevent Jayne discovering the secret hidden in the past
The Irish Inheritance takes us through the Easter Rising of 1916 and the Irish War of Independence, combining a search for the truth of the past with all the tension of a modern-day thriller.

It is the first in a series of novels featuring Jayne Sinclair, genealogical detective.”

Today I am one of three blogs participating in The Irish Inheritance blog tour.  I am a huge fan of author M J Lee’s Inspector Danilov series (click here to read my review of City of Shadows), so I can’t wait to get my teeth into this new series.

I am delighted to share a guest post with you today.  Martin has written a fascinating piece on family secrets.  Over to you Martin…

All families have secrets. It’s one of those truisms that is undoubtedly true.

You only have to watch the mesmerising revelations on Who do you think you are? or The Will  to see that the deeper we dig into our families the more secrets we will find. Hidden by old aunties, buried in old photographs, or simply hushed up by drawing a curtain over the past.

My own family secret was not that common. My grandfathers fought on opposing sides during the Irish Civil War. One was a member of the Free State Army whilst the other was a Captain in the IRA. I often wonder whether they ever met.

Below you’ll find a chart of the most common family secrets in Britain today. By the way, I think Yorkshire has far more secrets than any other region, they are just less willing to admit it than most. It’s the classic Yorkshire belief of ‘Don’t say nowt to nobody.’

Family secrets are a wonderful source for novelists, particularly people such as myself who write Genealogical Mysteries. Through the techniques of the genealogical researcher, secrets can be discovered, tales told, and the past revealed in a way that no other mystery can match.

In my latest novel, the Irish Inheritance, the detective, Jayne Sinclair, uses genealogical sources to discover the real parents of an American billionaire, adopted when he was just four years old. All she has to help her are an old library book, an adoption certificate and a photograph. But these few objects lead her on a chase through time all the way back to the Easter Rising of 1916, revealing a saga of murder, mystery, greed and despair. Her employer’s family has a whole host of secrets, the greatest which is hidden until the very end of the book.

What’s your family secret? Is there something exciting, strange or forbidden in your past?

One reader has already told me the story of her family. It will form the basis of the second Jayne Sinclair genealogical mystery appearing at the end of 2016.

I’d love to hear other stories. All will be kept confidential of course. Just drop me a line at the website below.

In the meantime, good luck with your genealogical searches, but be careful what you find. Some family secrets want to stay buried.

Martin Lee is the author of three previous historical crime novels. This book is the first time he has managed to combine two of his passions – crime and genealogy – into one novel. It is also the first in a new genealogical mystery series featuring the investigator, Jayne Sinclair.

He can be contacted at www.writermjlee.com, on Facebook at writermjlee and on twitter at @writermjlee. He’s nothing if not original with his names.

Thank you for such an interesting post, Martin.  My dad has been tracing our family tree for some time now so I’ll have a word with him and see what he has discovered (if anything!).

The Irish Inheritance by M J Lee was published in the UK on 15th June 2016 and is available in paperback and eBook formats | amazon.co.uk | amazon.com | Goodreads |

Martin has spent most of his adult life writing in one form or another. As a University researcher in history, he wrote pages of notes on reams of obscure topics. As a social worker with Vietnamese refugees, he wrote memoranda. And, as the creative director of an advertising agency, he has written print and press ads, tv commercials, short films and innumerable backs of cornflake packets and hotel websites.
He has spent 25 years of his life working outside the North of England. In London, Hong Kong, Taipei, Singapore, Bangkok and Shanghai, winning awards from Cannes, One Show, D&AD, New York and London Festivals, and the United Nations.
Whilst working in Shanghai, he loved walking through the old quarter of that amazing city, developing the idea behind a series of crime novels featuring Inspector Pyotr Danilov, set in 1920s and 30s.
When he’s not writing, he splits his time between the UK and Asia, taking pleasure in playing with his daughter, practicing downhill ironing, single-handedly solving the problem of the French wine lake and wishing he were George Clooney. 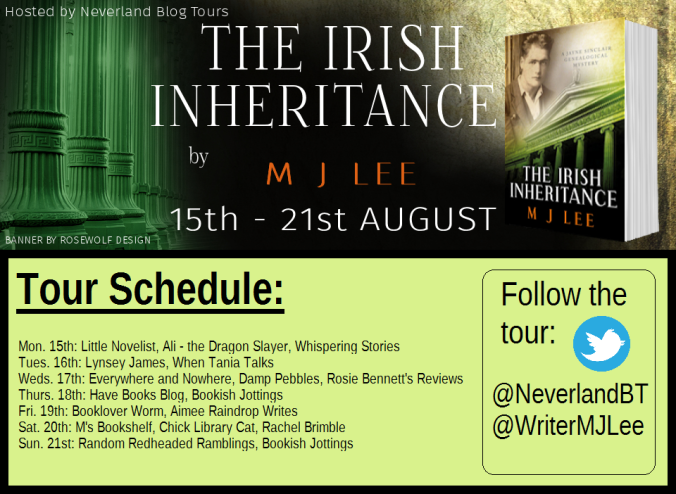