“Seventeen-year-old Tessa, dubbed a ‘Black-Eyed Susan’ by the media, became famous for being the only victim to survive the vicious attack of a serial killer. Her testimony helped to put a dangerous criminal behind bars – or so she thought.

Now, decades later the black-eyed susans planted outside Tessa’s bedroom window seem to be a message from a killer who should be safely in prison.

Haunted by fragmented memories of the night she was attacked and terrified for her own teenage daughter’s safety, can Tessa uncover the truth about the killer before it’s too late?”

I’ll be honest, I wasn’t sure I wanted to read this book when I first saw it in the supermarket.  The cover stood out and drew my eye (what an amazing cover!) but I had an impending sense of ‘Gone Girl’ or ‘The Girl on the Train’ a-phobia…lots of hype but I end up feeling disappointed and let down.  However, I am not afraid to admit that I was completely wrong!  This is a stunning novel and I loved it.

Tessa is a survivor.  At 16 years of age she is found in a grave, barely alive surrounded by a pile of bones and accompanied by a corpse.  She is labelled a ‘Black-Eyed Susan’ and becomes a local legend.  As an adult Tessa does everything she can to protect her own daughter from her horrific past.  But when black-eyed susans appear, out of season, in her garden she suspects the man she sent to death row may not have been the killer after all…

The story is told by adult Tessa with flashbacks from 17 year old Tessa (or Tessie as she is referred to).  Tessa starts to believe that the man on death row is innocent so she teams up with Bill, a legal whizz who works to release the innocent from death row, and Jo a forensic scientist at the top of her game.

This is the first book I’ve read in a while where I have warmed to most of the characters. (One or two of them did feel quite sinister but that’s necessary in a thriller, don’t you think?)  I really liked Bill and Jo, mainly for the support they give Tessa throughout.  The three of them felt like an almost invincible team to me.  My favourite character however was Effie, Tessa’s elderly neighbour.

The plot is brilliant and draws you in.  It gets under your skin.  The killer reveal came as a complete surprise to me and I was quite shocked.  They were not on my radar at all (I love it when that happens)!

I thoroughly enjoyed this dark, creepy, mesmerising thriller and heartily recommend it. I’ll be keeping a look out for other books by Julia Heaberlin in the future.

Many thanks to Penguin UK – Michael Joseph, Juilia Heaberlin and NetGalley for providing me with a copy of Black-Eyed Susans in exchange for an honest review.

Black-Eyed Susans by Julia Heaberlin was published in the UK by Penguin UK – Michael Joseph on 10th March 2016 and is available in paperback and eBook formats | amazon.co.uk | amazon.com | Waterstones 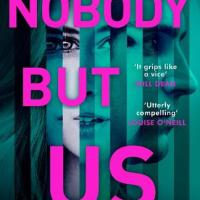 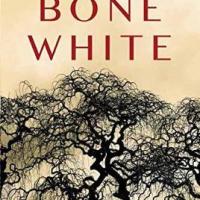