“September 1977. Mette Misvær, a three-year-old girl disappears without trace from the sandpit outside her home. Her tiny, close middle-class community in the tranquil suburb of Nordas is devastated, but their enquiries and the police produce nothing. Curtains twitch, suspicions are raised, but Mette is never found. Almost 25 years later, as the expiry date for the statute of limitations draws near, Mette’s mother approaches PI Varg Veum, in a last, desperate attempt to find out what happened to her daughter. As Veum starts to dig, he uncovers an intricate web of secrets, lies and shocking events that have been methodically concealed. When another brutal incident takes place, a pattern begins to emerge … Chilling, shocking and full of extraordinary twists and turns, Where Roses Never Die reaffirms Gunnar Staalesen as one of the world’s foremost thriller writers.”

I am delighted to be today’s stop on the Where Roses Never Die blog tour.  As you may be aware, I have a habit at the moment of coming to a series several books in.  I tend to start with book two or (heaven forbid!) book six.  I think this book and it’s beleaguered lead, PI Varg Veum, takes the biscuit though.  Gunnar Staalesen has been writing about Veum since 1977!  Granted, only a handful of his novels have been translated from their original Norwegian to English, but I intend to hunt down every single one of them!

It’s 1977 and a young girl is snatched whilst playing in the sand pit outside her home.  She and her family live in a remote but secure co-op, designed by one of the residents and surrounded by handpicked neighbours.  They all trust each other…to some extent.  After a thorough police investigation the family is none the wiser and Mette is not found.  As the statute of limitations approaches (25 years later), Maja, Mette’s mother contacts Veum hoping he will discover the truth, before time runs out.  All Veum discovers though is a community in pieces harbouring the most shocking of secrets…

Brilliant!  I have a real soft spot for translated books but have always tended to avoid Scandinavian authors and Nordic Noir (I can’t say why that is but it may be something to do with reading a novelisation of ‘The Killing’, which was written by a Brit!).  That won’t be the case in future!

I really warmed to PI Varg Veum despite his very obvious flaws and addictions.  He is quite a character and I feel a little jealous of Norwegian readers who have grown up reading his stories.  (There is a life sized statue of Veum in Bergen, that’s how you treat your most loved fictional characters!)

Gunnar Staalesen and the statue of Varg Veum

One thing I will say, this is not a ‘fast paced, thrill-a-second’ book.  More of a slow build to a blistering conclusion (which is superb).  There are unexpected twists throughout the story which are cleverly placed to make sure you keep turning the pages.  It’s a very enjoyable read about a group of people who aren’t necessarily what they seem.

Would I recommend this book?  Definitely.  Thanks to Gunnar Staalesen’s Varg Veum, Nordic Noir has a new fan.  My Norwegian is pretty rusty (haha, read: non existent!) so I’m off to find Gunnar’s other translated-to-English Veum books so I can fall in love with him just a little bit more.

Thanks to Karen Sullivan at Orenda books for my copy of Where Roses Never Die in exchange for an honest review.

Roses Never Die by Gunnar Staalesen (translated by Don Bartlett) is published in the UK by Orenda Books on 30th June 2016 and is available in paperback, eBook and audio formats | amazon.co.uk | amazon.com | Waterstones |

Gunnar Staalesen was born in Bergen, Norway in 1947.  He made his debut at the age of 22 with Seasons of Innocence and in 1977 he published the first book in the Varg Veum series.  He is the author of over 20 titles, which have been published in 24 countries and sold over four million copies. Twelve film adaptations of his Varg Veum crime novels have appeared since 2007, starring the popular Norwegian actor Trond Espen Seim. Staalesen, who has won three Golden Pistols (including the Prize of Honour), lives in Bergen with his wife. The next instalment in the Varg Veum series – No One Is So Safe in Danger – will be published by Orenda Books in 2017. 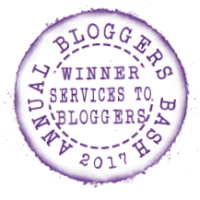 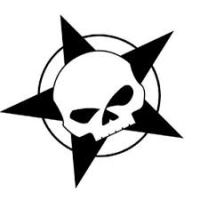