Welcome to my stop on the #LetThereBeLinda blog tour.  I am delighted to be able to share an excerpt from this black comedy thriller with you today.  Let There be Linda is written by Rich Leder and was published by Laugh Riot Press on 1st July 2016.  Here’s the blurb: 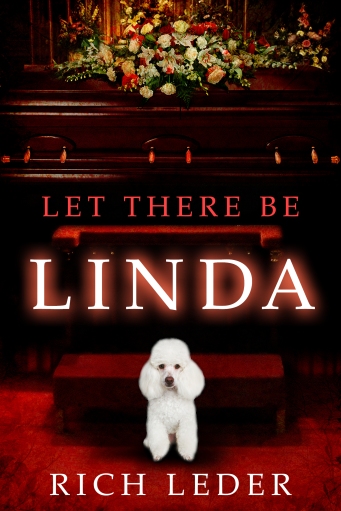 “Leder’s black comic caper tells the tall tale of estranged brothers Mike and Dan Miller—accountant and con-man talent agent respectively—up to their necks in the virtual quicksand of LA’s San Fernando Valley during the hottest summer in Southern California history.

The root cause of their problems could be the missing seventy-five thousand dollars, or the sadistic, loan shark dwarf and his vicious giant, or the psycho comedian cop on the case, or the coke-snorting dentist, or the deranged zombie real estate developer. Or perhaps it’s the poodle—the poodle is suspect, no doubt. Or maybe it’s the grocery store checker who breathes life into death. Oh yes, it could be her too.

I have a review copy of Let There Be Linda on my TBR so look out for a review on damppebbles soon!  To celebrate the release, I have a couple of excerpts to share with you.  Here’s the first one:

“I’m Danny Miller,” he said, taking the chair next to her, “President of Miller Talent Agency.” There was a bamboo reception desk, a wicker loveseat, the two chairs, the big mirror, and a fan that made a dying animal noise. There was no receptionist.

She was sitting, but Danny thought she might be five foot five or so. She had straight-as-string brown hair that was pulled back in a tight ponytail. Her skin was smooth and clear and white, as if she never went out into the Southern California sunshine. She wore zero makeup. No gloss, no eye shadow, no blush. She wore thick black glasses. She was thin, he thought, but he couldn’t really tell what was happening under her blousy blue shirt and gray Catholic-school skirt. She wore knee socks and sensible shoes. She had brown eyes that made him think of coffee. She was younger than him, late twenties. She wasn’t wearing a wedding ring. She was unadorned in every regard. It was as if she were trying not to be here—or anywhere—trying to be unnoticed by any and all. There was no guessing what kind of talent she thought she had.

“I’m Jenny Stone,” she said in soft voice void of confidence, a voice that in and of itself was trying to be unnoticed. “What do you do, Jenny Stone?” Danny said, putting his hand out.

She shook his hand and said, “I bring dead people back to life.”

And here’s a second excerpt to whet your appetite even more:

It was Wednesday noon. Donald the Dentist only worked a half-day (one to five), which was a good thing because he had been up all night doing cocaine in his office after Detective Shuler had handed over the garbage bag holding his dead dog. He couldn’t bear going to bed and listening to Carol cry herself to sleep.

He had finally dozed off somewhere around six and was awakened by the sound of music—literally; The Sound of Music was blasting in the living room—Julie Andrews, Christopher Plummer, and all the various Von Trapps singing “So Long, Farewell” as they slipped into the night and across the border.

He rubbed his index finger through the white dust on the mirror on the coffee table, ran the finger across his gums, got out of the armchair, picked up the garbage bag that held Chachi’s carcass, and walked out of his office. He went down the hall, intending to grab a shovel from the garage so he could dig a hole in the backyard behind the trees beyond the pool and bury the bag, but he arrived at the large living room just in time to see his wife kick the chair away from her feet—the chair she was standing on, so she could hang herself with the rope she had looped over the rafters that spanned the room beneath the twenty-foot, tongue-in-groove, cathedral ceiling painted Dr. Seuss red.

What do you think?  Are you tempted?  Something a little different maybe?  I’m looking forward to reading this one.  I do like crime and thriller books with a comedy edge to them (something I’ve discovered quite recently actually!).

Let There Be Linda is published by Laugh Riot Press.  Connect with them via Twitter and Facebook. 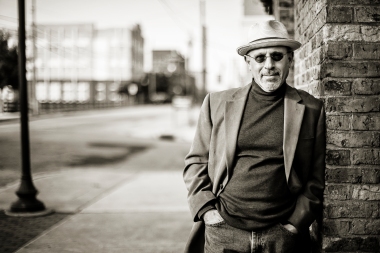 Rich Leder has been a working writer for more than two decades. His screen credits include 18 produced television films for CBS, Lifetime, and Hallmark and feature films for Paramount Pictures, Tri-Star Pictures, and Left Bank Films.

He founded Laugh Riot Press as an imprint for his funny books and the funny books of other indie authors.

He has been the lead singer in a Detroit rock band, a restaurateur, a Little League coach, an indie film director, a literacy tutor, a magazine editor, a screenwriting coach, a PTA board member, a commercial real estate agent, and a visiting artist for the University of North Carolina Wilmington Film Studies Department, among other things, all of which, it turns out, was grist for the mill. He resides on the North Carolina coast with his awesome wife, Lulu, and is sustained by the visits home of their three children.  Check out Rich Leder’s amazon.com author page and his Goodreads author page

2 thoughts on “*Blog Tour: Excerpt* Let There Be Linda by Rich Leder” 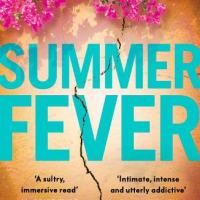 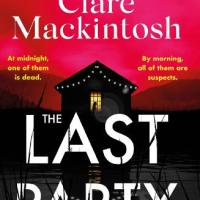 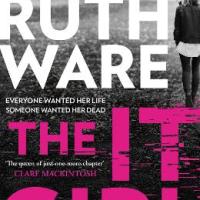 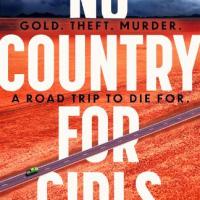