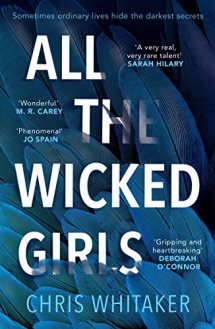 “Everyone loves Summer Ryan. A model student and musical prodigy, she’s a ray of light in the struggling small town of Grace, Alabama – especially compared to her troubled sister, Raine.

Raine throws herself into the investigation, aided by a most unlikely ally, but the closer she gets to the truth, the more dangerous her search becomes.

And perhaps there was always more to Summer than met the eye . . .”

Wowsers!  If you’re looking for a deeply emotive, delightfully intense and deliciously dark thriller then congratulations good reader, you have just found it.  There are many books which create a buzz.  Some deserve that hype, others…..don’t so much.  What works for Ant* doesn’t necessarily work for Dec*, you get my point I’m sure.  So I was looking forward to reading All The Wicked Girls but I felt strangely nervous too.  Would I ‘get’ this book like other readers have?  Would I fall under its spell when many popular books leave me feeling cold?  Well, yes, of course I would because this book is pure literary magic.

And to kick December off with a bang, I am giving away a copy of All The Wicked Girls to one lucky UK winner.  But more about that later…

Grace, Alabama is a small God-fearing town where teenage twin sisters Summer and Raine Ryan live.  As sisters go, the two girls couldn’t be more different.  Summer is popular and studious, whereas Raine….isn’t.  The town of Grace borders Briar County which is suffering its own living nightmare.  Young, church-going girls are being snatched by ‘The Bird’.  Town legend claims ‘The Bird’ isn’t entirely human.  All that is known for sure is that the police have so far failed to capture the creature.  Then Summer Ryan goes missing leaving only a note behind, which raises even more questions.  Is Summer ‘The Bird’s latest victim?  And what shocking secrets will Raine unearth as she starts her own investigation into Summer’s disappearance? And most importantly, will she ever find her sister alive?

If you’re a fan of the character-driven novel (like me!) then you must get yourself a copy of All The Wicked Girls.  Whitaker’s characters are exquisite, beautiful things full of heart and soul.  The reader is pulled into their world where fear reigns; fear of God, fear of the church, fear of ‘The Bird’ and fear of themselves.  I fell a little bit in love with two of the characters, Noah and Purv, who battle alongside Raine in the search for the truth.  Raine was also a very intriguing character but she’s a little overshadowed by Noah and Purv, her two sidekicks, who shine from the page.  Supporting these three is a cast of incredibly well-written, fully formed and perfectly individual characters.  Chief Black who struggles with a drug and alcohol problem (as well as his past failures), Samson with his unusual looks and peculiar behaviour, the Ryan brothers who stake out Chief Black’s HQ putting on the pressure with the imminent threat of violence, Pastor Bobby and his wife, Savannah – their marriage falling apart while both drown in their own private grief following the tragic loss of their young son.  Such a strong, wonderfully crafted collection of interesting people that I struggled to put this book down.

Would I recommend this book?  Absolutely.  This is an emotionally intense thriller which will appeal to so many readers.  Whitaker’s writing is a beautiful thing and I couldn’t get enough of his strong, striking imagery and his captivating prose.  I want more, please.  And soon.  Dark, emotional, unnerving and engrossing.  Superb stuff!

I chose to read and review an ARC of All The Wicked Girls.  The above review is my own unbiased opinion.

Chris Whitaker will be appearing at December’s First Monday Crime event alongside Louise Jensen, Susi Holliday and Mel McGrath.  All expertly moderated by Claire McGowan.  The event takes place on Monday 4th December, 6.30pm at City University, College Building, A130.  Click HERE to book your FREE ticket.  Plus, because it’s December and we’re all starting to feel jolly festive, there will be extra fun and frivolities in store!  Check out the First Monday Crime website for more information.

Giveaway:
To be in with a chance of winning a BRAND NEW, unread ARC of All The Wicked Girls click on the following Rafflecopter link and follow the instructions.  Open to UK and ROI residents only due to postage costs.  Only one winner will be selected.  They will need to provide their postal address to enable me to send their book.  There are no cash alternatives and the giveaway ends at midnight on Tuesday 5th December (GMT).  Good luck!

All The Wicked Girls by Chris Whitaker was published in the UK by Zaffre on 24th August 2017 and is available in paperback, eBook and audio formats | amazon.co.uk | amazon.com | Waterstones | Goodreads | 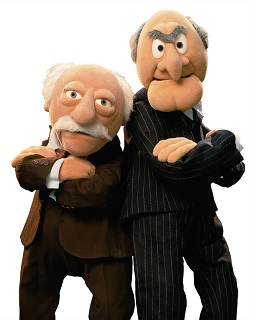 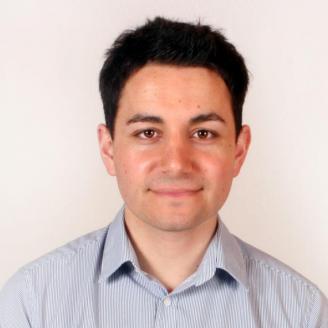 Chris Whitaker was born in London and spent ten years working as a financial trader in the city. His debut novel, Tall Oaks, won the CWA John Creasey New Blood Dagger. Chris’s second novel, All The Wicked Girls, was published in August 2017. He lives in Hertfordshire with his wife and two young sons.