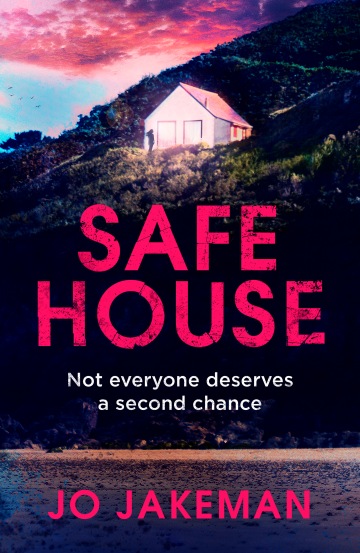 “NOT EVERYONE DESERVES A SECOND CHANCE . . .

The morning after a terrible storm, a woman turns up in a remote Cornish village. She calls herself Charlie, but it’s a name she’s only had for a few days. She keeps herself to herself, reluctant to integrate with the locals. Because Charlie has a secret.

Charlie was in prison for providing a false alibi for a murderer. But Lee Fisher wasn’t a murderer to her; he was the man she loved. Convinced of his innocence, Charlie said she was with him the night a young woman was killed. This sacrifice cost her everything.

And now she has a chance to start again. But someone is watching her, waiting for her, wondering if she’s really paid the price for what she did.”

I am delighted to welcome you to the blog today and to my stop on the Safe House blog tour. Safe House is the second book from Jo Jakeman and it’s published in hardcover and ebook formats today! The happiest of publication days to Jo and the team at Harvill Secker. I received a free eARC of Safe House but that has in no way influenced my review.

Charlie Miller is a woman with a lot to hide. What’s the best thing to do when you’ve made a number of terrible mistakes and want to forget your past? When you walk down the street of the town which you’ve lived your entire life in and people spit at you? You obviously up sticks and move to a different part of the country! Charlie Miller moves her meagre belongings to Penderrion in Cornwall and starts afresh. But Charlie Miller is a brand new creation. A new identity to help ex-convict Steffi Finn fit in. Steffi has just been released from HMP Hillstone for providing a false alibi for her partner, Lee Fisher. But that’s in the past. No one knows who Charlie really is. Or do they….?

I enjoyed this slow-burn psychological suspense novel. I found Charlie, despite her faults, easy to like and the setting, the beautiful and dramatic Cornish coastline, played as much a part in the story as the characters themselves. With Jakeman’s vivid descriptions I could picture myself stood on the cliffs overlooking the turbulent waves.

There’s a wonderful sense of impending danger and unease throughout the novel which comes from three angles. The lawyer husband of Jenn who seems to recognise Charlie on first sight, the unknown narrator who appears a handful of times throughout the novel and from Ben Jarvis who seems hellbent on trying to track Charlie down. For what purpose the reader is left wondering.

Would I recommend this book? If you like a lighter, edging on women’s fiction thriller, then yes – this is a book for you. Charlie’s neighbours were great characters and I enjoyed the community spirit they embodied – particularly Aubrey who was my favourite character in the book (and had very little community spirit about him but he was fond of Charlie and I think we all know or have known an Aubrey). An entertaining read to while away an Autumnal afternoon.

I chose and read and review an eARC of Safe House. The above review is my own unbiased opinion.

Safe House by Jo Jakeman was published by Harvill Secker on 31st October 2019 and is available in hardcover and ebook formats (please note, some of the following links are affiliate links which mean I receive a small percentage of the purchase price at no extra cost to you): | amazon.co.uk | Waterstones | Foyles | Book Depository | Goodreads | 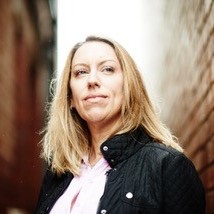 JO JAKEMAN was the winner of the Friday Night Live 2016 competition at the York Festival of Writing. Born in Cyprus, she worked for many years in the City of London before moving to Derbyshire with her husband and twin boys. Safe House is her second novel and Sticks and Stones was her debut thriller.