“Existence is about survival.

A continually bullied runt of a youngster, Chas Larkin discovers his chutzpah and decides to take on the London gangs.

In the sleazy and violent East End of 1966 London, he is unwittingly assisted by Scotland Yard and MI5, who use the boy to delay an IRA campaign in the city. Together with the mysterious DCI Casey, an enigma amongst the bomb-damaged slums, they stir the pot of fermenting disquiet.

But can Chas achieve his midsummer night’s dream of total revenge?

Black Rose is a story of matriarchal might, of superstition, of a lucky charm tainted with malevolent juju, and of a young man’s smoldering anger and thirst for retribution.”

Hello and welcome to damppebbles. Today I’m handing the blog over to my guest reviewer, Ryan, who is going to share his thoughts on Black Rose: A Midsummer Night’s Chutzpah (Larkin’s Barkin #1) by Pete Adams. Black Rose was published by Gumshoe on 31st January 2021 and is available in paperback and digital formats. Ryan chose to read and review a free eARC of Black Rose which has in no way influenced his review.

Pete Adams, fresh from the enjoyable Kind Hearts and Martinets and DaDa Detective Agency series, has turned his attention to the London of the mid 60’s. In this new environment, Adams has created two families at war for generations, but who own pubs next to each other and are both nervously watching a new family try to establish dominance on their patch. We meet a new police officer, DCI Casey, who appears in the local nick with his eyes on a potential local tie to the IRA and at the heart of it all is Chas Larkin.  Young, limping, angry and waiting for a chance of vengeance. All the ingredients for a fantastic crime thriller with characters and humour that will keep you smiling long after you’ve finished the story.

Given this synopsis there are two ways in which an author can take this story. Some would create a dark, gritty thriller filled with suspense, double crossing and grim faces. Pete Adams is not that author! Pete creates wild characters filled with eccentricity and life who bounce off the page. He then puts them in situations which can appear gently surreal whilst building a top class plot around the whole package.  If you are after pure escapism of the highest class this is a great book for you.

Black Rose, whilst the start of a new series, delivers as a standalone. The two main protagonists we follow throughout the book are the mysterious DCI Casey from Ireland who is on a zealous mission to stop the IRA carrying out atrocities in the heart of London by stopping the flow of funding and weapons. And Chas Larkin, seen as the local invalid, unloved and unwatched as he plans and schemes with the enigmatic Roisin Dubh – the Black Rose. A blur of energy, which seems to consistently lead to death and explosions, the Black Rose is the Devil on Chas’s shoulder, but what does she really want?

I loved this new novel from Pete Adams. It was the ‘pick me up’ read I needed and demonstrates that it is possible to bring together satirical characters, humorous scenarios and excellent plotting. The whole book will leave you wanting more, whether that is the next book in the Larkin’s Barkin series or one of Adams’s other series then that is up to you and your Kindle!  Highly recommended.

I chose to read a free eARC of Black Rose. The above review is my own unbiased opinion.

Black Rose: A Midsummers Night’s Chutzpah (Larkin’s Barkin #1) by Pete Adams was published in the UK by Gumshoe on 31st January 2021 and is available in paperback and digital formats (please note, the following links are affiliate links which means I receive a small percentage of the purchase price at no extra cost to you): | amazon.co.uk | amazon.com | Waterstones | Goodreads | damppebbles bookshop.org shop |

Pete Adams is an architect with a practice in Portsmouth, UK, and from there he has, over forty years, designed and built buildings across England and Wales. Pete took up writing after listening to a radio interview of the writer Michael Connolly whilst driving home from Leeds. A passionate reader, the notion of writing his own novel was compelling, but he had always been told you must have a mind map for the book; Jeez, he could never get that.

Et Voila, Connolly responding to a question, said he never can plan a book, and starts with an idea for chapter one and looks forward to seeing where it would lead. Job done, and that evening Pete started writing and the series, Kind Hearts and Martinets, was on the starting blocks. That was some eight years ago, and hardly a day has passed where Pete has not worked on his writing, and currently, is halfway through his tenth book, has a growing number of short stories, one, critically acclaimed and published by Bloodhound, and has written and illustrated a series of historical nonsense stories called, Whopping Tales.

Pete describes himself as an inveterate daydreamer, and escapes into those dreams by writing crime thrillers with a thoughtful dash of social commentary. He has a writing style shaped by his formative years on an estate that re-housed London families after WWII, and his books have been likened to the writing of Tom Sharpe; his most cherished review, “made me laugh, made me cry, and made me think”.

Pete lives in Southsea with his partner, and Charlie the star-struck Border terrier, the children having flown the coop, and has 3 beautiful granddaughters who will play with him so long as he promises not to be silly. 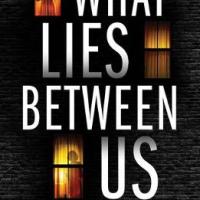