“To save your child you must open The Box…

Ed Truman’s family is falling apart. His daughter Ally is being targeted by an alt-right incel organisation, Men Together. His house is being picketed, former clients are accusing him of sexual assault, his son won’t speak to him. And then Ally disappears.

Frantic, Ed suspects that Men Together have abducted her. But before he can go to the police, his DNA is found on the body of a young woman. Suddenly he’s the subject of a nationwide manhunt, led by the tenacious DCI Jackie Rose. Ed finds himself on the run with Ally’s friend, Phoenix, who claims to know where Ally is. But what is the truth? Is Ed a violent sexual predator? Or is he the victim of a ruthless conspiracy? The answers are in The Box. But not everyone who goes in, comes out alive…

From the bestselling author of The Regret, this heart-pounding thriller is perfect for readers of Harlan Coben, Mark Billingham and M.W. Craven.”

Hello and welcome to damppebbles. Today I am delighted to share my review of The Box by Dan Malakin. The Box will be published by Viper Books later this week (on Thursday 16th June 2022) in hardcover, audio and digital formats with the paperback to follow at a later date. I chose to read and review a free ARC of The Box but that has in no way influenced my review. My grateful thanks to the team at Viper Books for sending me a proof copy.

Ed Truman’s family is falling apart and his life is unravelling.  His sixteen year old daughter, Ally, publicly provoked the leader of a powerful alt-right misogynistic men’s group, Men Together, and in retaliation all of Ally’s personal details, including her bank account and passwords, have been published on their website. Ed, a successful lawyer, fights back the only way he knows how – by requesting an injunction to have the website taken down. Now a group of protestors are picketing outside Ed’s house in an attempt to sully the lawyer’s good name. But their tactics go way beyond a few leaflets to the neighbours. Before long Ally is missing and Ed knows in his gut that Men Together are responsible. When Ed’s DNA is found on the body of a murdered woman he takes flight. Hunted by both the police and Men Together, can Ed find Ally in time and save her from The Box…?

This high octane thriller is a thoroughly gripping read which held my attention from the first word to the final page. This is the first book I’ve read by this author but I can absolutely guarantee it won’t be the last.

Malakin really knows how to write excellent characters who evoke a reaction in the reader. There are three absolutely standout characters for me in this book. The first being Ed Truman who is a pretty normal guy. A family man but in all honesty does he really devote enough of his time and attention to his wife, daughter and son? No, not really. He’s made mistakes and he continues to make them. At times I liked Ed, at others I wanted to shake my head at him and give him my disappointed look! The next character that definitely deserves a mention is DCI Jackie Rose who is the kick-ass, ‘don’t care much for the rules’ detective tasked with hunting Ed down for the murder of the young woman. Oh my gosh! I loved her. She’s a bit obnoxious, totally driven and very hot headed. Sure, there are rules but they can be broken as and when needed! Alongside her new ‘by the book’ DS, clashing heads along the way, they lead the search for Ed. The final character I need to mention, who made me so cross I nearly threw the book across the room, is Benedict Silver. Right-hand man to the head honcho of Men Together, this arrogant, chauvinistic, misogynistic psychopath made my blood boil at frequent points throughout the book and I loved it! I’m a strong believer that books should make you feel ‘something’, evoke an emotion of some sort and Silver did just that. I loved the scenes featuring both DCI Rose and Silver. Both strong characters, staring each other down, waiting to see which of the two would break eye contact first. Marvellous!

The plot is paced well with lots of thrills and spills along the way. Before picking this book up I expected the titular ‘Box’ to drive the characters forward towards an end goal but no one other than Phoenix, a girl Ed goes on the run with, knows anything about it! She has the footage to prove what’s been going on. Now all she needs is for the nation to believe her. ‘The Box’ is key to the storyline and plays a pivotal part but I was surprised to discover it wasn’t the driving force. Ed’s sole motivation is evading the police long enough to rescue his daughter. No matter how you look at it though, what ‘the box’ definitely is, without a shadow of a doubt, is darn right horrific. The stuff nightmares are made of. But gosh, it felt uncomfortably believable. What a terrifying thought!

Would I recommend this book? I would, yes. The Box is a chilling, edge of your seat modern day thriller which I thoroughly enjoyed reading. The writing is punchy with short chapters which pull the reader into the story, keeping them hooked until the final heart breaking reveal. There are some big surprises along the way but I had my suspicions as to how things were going to pan out, which were confirmed. However, what I didn’t see coming was the events of the epilogue which felt right and just to me and, following everything that had come before, a perfect way to end this thrilling novel. Malakin has delivered a powerful, high concept thriller which deserves to fly off the shelves and I look forward to reading more of his work soon. Recommended.

I chose to read and review a free ARC of The Box. The above review is my own unbiased opinion.

The Box by Dan Malakin was published in the UK by Viper Books on 16th June 2022 and is available in hardcover, audio and digital formats with the paperback to follow at a later date (please note, the following links are affiliate links which means I receive a small percentage of the purchase price at no extra cost to you): | amazon.co.uk | Waterstones | Foyles | Book Depository | bookshop.org | Goodreads | damppebbles bookshop.org shop | 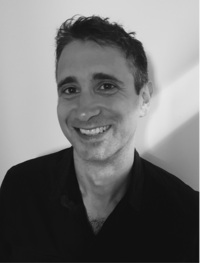 Dan Malakin has twice been shortlisted for the Bridport Prize, and his debut novel, The Regret, was a Kindle bestseller. When not writing thrillers, Dan works as a data security consultant, teaching corporations how to protect themselves from hackers. He lives in North London with his wife and daughter.

His new novel, an action thriller called The Box, will be released by Viper Books in June 2022.