“Detective Buchanan remembers every victim. But this one he can’t forget.

The body of a woman has been found on a pristine New Zealand beach – over a decade after she was murdered.

Detective Matt Buchanan of the Auckland Police is certain it carries all the hallmarks of an unsolved crime he investigated 12 years ago: when Samantha Coates walked out one day and never came home.

Re-opening the case, Buchanan begins to piece the terrible crimes together, setting into motion a chain of events that will force him to the darkest corners of society – and back into his deepest obsession…

Shortlisted for the Ngaio Marsh Best Crime Novel of the Year award, The Sound of Her Voice is a brilliantly gripping crime thriller for fans of Sirens by Joseph Knox, Streets of Darkness by A.A. Dhand, Stuart Macbride and Ian Rankin.”

The Sound of Her Voice follows Detective Matt Buchanan over the course of his twenty year (or thereabouts) police career. From his days as a rookie cop being called to a shooting, only to discover the victim is his best friend from police training, bleeding out on the asphalt, to the case which still haunts him to this day – the disappearance of a teenage girl twelve years earlier. Buchanan torments himself with his failure to solve Samantha’s disappearance and reunite her, one way or another, with her grieving family. He remembers every case he’s been involved in, but Samantha’s case is the one that hits the hardest. So when Buchanan spots similarities between a new case and Samantha’s disappearance, it leads him on a path he never expected and fuels an obsession which will consume him…

The Sound of Her Voice is a dark, gritty slice of New Zealand noir which I found both gripping and very unsettling. The book is set out quite differently to other detective novels with the story starting fairly early on in Buchanan’s career. The disappearance of Samantha doesn’t feature strongly until much later in the novel, which made me feel as though I was reading a collection of interconnected short stories featuring the same cast. Matt is assigned a case, he does the leg work and brings the investigation to a close. Then the process starts again. Matt Buchanan is a complex character and the reader gets to see the different facets of his personality throughout the novel. He’s clearly a troubled man with the weight of the world on his shoulders but I loved how edgy, how driven and how reckless he could be at times.

The different format of the book means the pace of the novel doesn’t really let up at any point, keeping the reader fully immersed in Buchanan’s dangerous world. I very much enjoyed the setting, being a fan of Aussie crime fiction (yes, I’m aware they’re quite different countries but they’re neighbours and that counts for something 😂). I’ve read crime novels set in New Zealand before but this felt quite different, in a good way.

Would I recommend this book? I would, yes. The Sound of Her Voice is a dark and gritty read which I enjoyed. It felt incredibly authentic and true to life, nothing was sugar coated and I loved the honesty of the author, an ex-detective himself. The themes within the book are dark and won’t be for everyone. There were moments I had to put the book down and take a breather because it was tough going but I did enjoy the book and would read more by this author. Recommended.

I chose to read and review a free ARC of The Sound of Her Voice. The above review is my own unbiased opinion.

The Sound of Her Voice by Nathan Blackwell was published in the UK by Orion Books on 28th November 2019 and is available in paperback format (please note, the following links are affiliate links which means I receive a small percentage of the purchase price at no extra cost to you): | amazon.co.uk | Waterstones | Foyles | Book Depository | Book Depository | Goodreads | damppebbles bookshop.org shop | 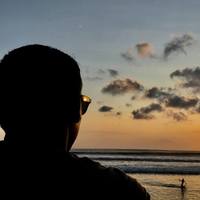 Nathan Blackwell was raised on Auckland’s North Shore and attended Westlake Boys’ High School before commencing a ten-year career in the New Zealand Police. Seven of those years were spent as a Detective in the Criminal Investigation Branch, where he was exposed to human nature at its strongest and bravest, but also at its most depraved and horrific. He investigated a wide range of cases including drug manufacture, child abuse, corruption, serious violence, rape and murder. Because some of his work was conducted covertly, Nathan chooses to hide his true identity.

One thought on “#BookReview: The Sound of Her Voice by Nathan Blackwell @orionbooks #TheSoundofHerVoice #damppebbles #20booksofsummer22”