As World War II rages on, the threat has come to the home front. In a remote corner of Idaho, Meiko Briggs and her daughter, Aiko, are desperate to return home. Following Meiko’s husband’s enlistment as an air force pilot in the Pacific months prior, Meiko and Aiko were taken from their home in Seattle and sent to one of the internment camps in the Midwest. It didn’t matter that Aiko was American-born: They were Japanese, and therefore considered a threat by the American government.

Mother and daughter attempt to hold on to elements of their old life in the camp when a mysterious disease begins to spread among those interned. What starts as a minor cold quickly becomes spontaneous fits of violence and aggression, even death. And when a disconcerting team of doctors arrive, nearly more threatening than the illness itself, Meiko and her daughter team up with a newspaper reporter and widowed missionary to investigate, and it becomes clear to them that something more sinister is afoot: a demon from the stories of Meiko’s childhood, hell-bent on infiltrating their already strange world.

Inspired by the Japanese yokai and the jorogumo spider demon, THE FERVOR explores a supernatural threat beyond what anyone saw coming: the danger of demonization, a mysterious contagion, and the search to stop its spread before it’s too late.”

Hello and welcome to damppebbles. Today I am delighted to share my review of The Fervor by Alma Katsu. The Fervor is published by Titan Books today (that’s Friday 7th October 2022) and is available in paperback and digital formats. I chose to read and review a free eARC of The Fervor but that has in no way influenced my review.

Alma Katsu is the author behind one of my favourite reads of 2021. The incredibly dark and atmospheric The Hunger which reimagines the journey the Donner Party took from Illinois to California in 1846. The author takes historical events, gives them a supernatural twist and presents them in a highly compelling way. I loved what Katsu did with The Hunger. So much so that I immediately purchased the author’s next book, The Deep (which I plan to read very, very soon). So when the opportunity to read The Fervor presented itself I, of course, leapt at the chance to immerse myself in this author’s world once again.

Meiko Briggs was sent by her parents from Japan to America as a young woman where she met her husband, pilot Jamie Briggs. Now America is at war with Japan and life for those with Japanese heritage, which includes Meiko and Jamie’s young daughter, Aido, has changed significantly. Whilst Jamie is off overseas fighting for his country, his wife and daughter have been moved to an internment camp where everyday life is tough. When a mystery illness starts to spread throughout the camp and internees become violent before some die a painful death, Meiko knows there is something sinister going on. Particularly when victims report seeing entities that remind her of Japanese folklore tales from her childhood. Meiko knows she and Aiko are in danger but exactly who (or what) poses the biggest threat to their lives…?

The Fervor is a well-written tale full of intrigue and suspense which I enjoyed. There is a lot for the reader to get their teeth into as the story is told from four different points of view; Meiko, her daughter Aiko, preacher Archie Mitchell, and Fran Gurstwold, a news reporter who is out to make her name with a big story. There is an ever-present sense of threat throughout the book which I thought was handled incredibly well by the author. It doesn’t really matter where the reader looks, there’s danger at every turn! But who or what poses the biggest threat? I have my theory and it doesn’t bode well for humankind. It was shocking to read how Japanese people were treated at the internment camps of the 1940s. How misinformation and fear drove people to act in the most despicable of ways. How the white supremacy groups preyed on the insecurities of average people to amass armies ready to hurt, maim and kill without a moment’s thought. The author builds an uncomfortable picture for her readers and rightly so. It should be uncomfortable; it should make us think. But most of it, we must learn from the atrocities of the past and make sure they never happen again.

Would I recommend this book? I would, yes. The Fervor is a well-written, unsettling novel full of suspense which I found uncomfortable reading at times but hard to put down. Despite being set in the 1940s during WWII it felt a very current story with overarching themes of racism and an unknown prevalent virus with no cure, at the heart of the novel. There’s no shying away from the cold, hard truth here. Katsu is a skilled writer who brings her characters and their stories to life. The lead characters were interesting and engaging throughout. I enjoyed the way in which the author tied everything together in the end, bringing the separate strands of the plot to a believable and tense conclusion. All in all, I found The Fervor to be a compelling novel with a beautifully crafted sense of threat running throughout the pages. Recommended.

I chose to read and review a free eARC of The Fervor. The above review is my own unbiased opinion. 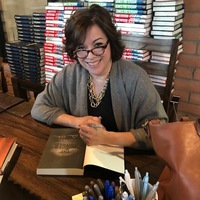