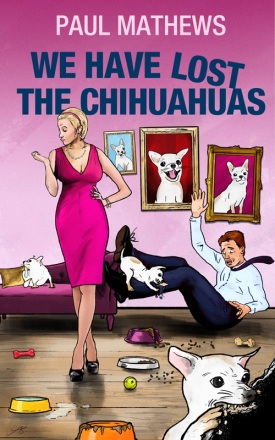 “London, 2046. The British Republic has a new First Lady. She’s Californian, ‘in-your-face, for sure’ and she’s got big plans for a Buckingham Palace refurb. When her three Chihuahuas go missing, one man is determined to avoid getting dragged into it all. His name is Pond. Howie Pond – presidential spokesperson, retired secret agent and cat lover.

Meanwhile, Howie’s wife Britt is handed her first assignment as a National Security and Intelligence Service rookie – to solve the mystery of the missing canine trio.

Will Howie manage to slope off to the pub before he can be roped into help? Will Britt unmask the dognapper and grab the glory? Find out, in the latest, crazy comedy-thriller from dog-loving British author Paul Mathews.”

Today, I have an extract from the book to whet your appetite. So without further ado, grab a cuppa and have a read…

When it came to household pets, Howie had always been more of a cat-type of guy than a dog lover. And, as he stood shivering in the cold January air of London’s St James’ Park, watching a Chihuahua sinking his teeth into his chief press officer’s right ankle, he was pretty sure his views on the subject wouldn’t be changing any time soon.

‘Argh! Get off me, you four-legged eejit!’ screamed Conor O’Brean, yanking the dog’s lead so hard, it lifted off the ground and flew a metre in the air before rejoining terra firma.

Rather than risk his own ankles, Howie decided to beat a strategic retreat in the way that battlefield generals often did when things weren’t quite going to plan. He had full confidence in the Irishman under his command. Howie would allow Conor to regain control of the situation without a superior officer such as himself – who had no experience of hand-to-hand Chihuahua combat – getting in the way of the human-canine skirmish.

Once Howie was safely out of the line of fire, he noticed the other two dogs had also retreated. This clearly wasn’t the first time they’d seen their pack mate in full battle-mode.

‘Behave yourself, Donnie!’ yelled Conor, as he started to become entangled in the dogs’ leads.

The angry animal snarled with a ferocity that sent every bird within a fifty-metre radius fleeing for the treetops.

Conor upped the volume. ‘I mean it! Stop this nonsense or I’ll tell your mammy you’ve been a bad boy.’

Donnie stopped snarling and cocked an ear, as if daring Conor to repeat the threat.

‘I’m serious! I’ll tell your mammy and your pappy, too. And he’s the president, remember. You don’t want to get the wrong side of him, do you now? Or he’ll have you sent back to America.’

Donnie lowered his head slowly, flopped his tail between his legs in apparent surrender, and slunk up to Conor.

‘There’s a good little fella.’ Conor glanced at Howie. ‘I knew a bit of old-fashioned Irish diplomacy would make him see sense.’

Howie noticed the other two Chihuahuas were still keeping their distance, so he followed their example.

Conor reached down and patted the defeated dog on the head. ‘Peace has been restored to the fair land of Westminster. Hostilities have officially ceased. The battle of St James’ Park has been fought – and won – and shall never be forgotten by those who risked their lives so that three dogs could stretch their legs and empty their tanks.’

Howie made a mock salute. ‘We will never forget your sacrifice, Private O’Brean. I’ll be recommending you for a President’s gallantry award.’

Conor stared into Donnie’s chocolate-brown eyes. ‘We, who were once enemies … are now brothers in arms.’

Without warning, Donnie launched a counter attack and bit Conor’s right thumb, making him scream so loudly Howie had to pretend for half a minute they didn’t know each other.

The angry mutt then charged towards Conor’s left ankle. But the Irishman managed to block the advance with the sole of his boot. Amid all the conflict, the other two Chihuahuas sat shivering on the edge of the path watching their canine comrade – possibly also trying to pretend they didn’t know him.

‘Donnie, sit!’ shouted Howie from the safety of the grass verge – which was now doubling as an impromptu war room.

The dog froze – as if stunned that another human would be stupid enough to enter the fray. Once it got over the shock, it locked a wide-eyed stare onto Howie and raised its top lip to display an impressive arsenal of jagged yellow teeth. This dog was clearly a combat veteran.

We Have Lost the Chihuahuas by Paul Mathews will be published in the UK on Tuesday 28th November 2017 and will be available in eBook format.  If you would like to pre-order this fun-filled furry caper then please click HERE (amazon.co.uk link). 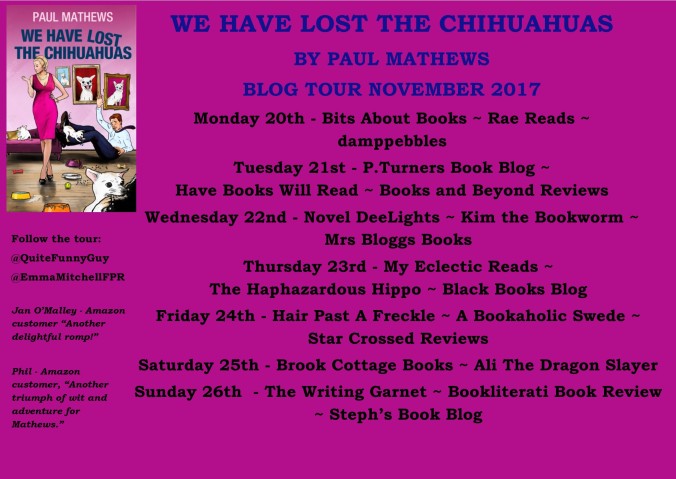 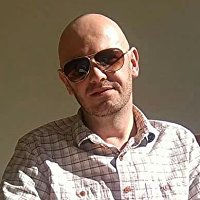 Paul Mathews is a quite funny British guy who’s managed to escape his day job and is currently on the run as a comedy novelist. His sharp, satirical – often surreal – sense of humour draws on 20 years as a British Government press officer, during which time he encountered politicians, senior civil servants, HR managers, and lots of other people who really sucked at their jobs.

His popular ‘We Have Lost’ comedy-thriller series set in 2040s London, starring beleaguered presidential spokesman and wannabe secret agent Howie Pond, currently comprises four titles with more on the way. Paul has read all the books at least ten times and highly recommends them.

Make him happy by signing up for his ‘Very Funny Newsletter’ here: www.quitefunnyguy.com/newsletter. If you don’t want to sign up for it, stay calm and do nothing.

Paul also owns a cat, Lulu, who works as his assistant. All fan mail to her, please. 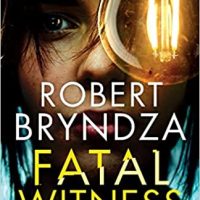 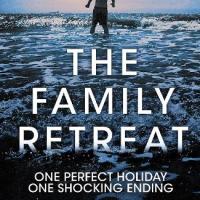 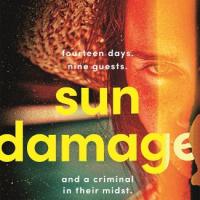 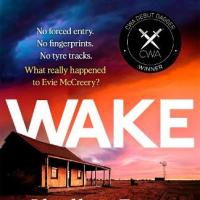