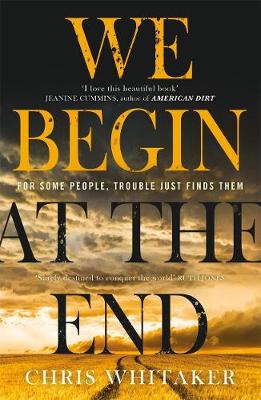 Now, he’s been released from prison and is back in his hometown of Cape Haven, California. Not everyone is pleased to see him. Like Star Radley, his ex-girlfriend, and sister of the girl he killed.

Duchess Radley, Star’s thirteen-year-old daughter, is part-carer, part-protector to her younger brother, Robin – and to her deeply troubled mother. But in trying to protect Star, Duchess inadvertently sets off a chain of events that will have tragic consequences not only for her family, but also the whole town.

How far can we run from the past when the past seems doomed to repeat itself?”

We Begin at the End is the most beautiful, captivating and exquisite book I have ever read. My heart broke. I cried big, ugly, snotty tears and I was left wanting to relive the whole experience, from beginning to end, again. This is a stunning piece of fiction and if you don’t read it for yourself then you’ll never know exactly how astonishing it is. Hell, if this book doesn’t make it to the top of my best books of 2020 then we have been blessed with some truly incredible books this year.

The outlaw, Duchess Day Radley. The most perfect character to grace crime fiction. At only 13 years of age she has the guts and the intelligence to do things most adults wouldn’t dream of. But she’s also a 13 year old hot-headed kid who makes some pretty catastrophic mistakes. I adored her. I finished We Begin at the End a few weeks ago now but Duchess remains with me still. Her mother, Star, repeatedly tries and fails to be a good mom to her two kids. Which means Duchess has to step up and take charge. It’s heart-breaking stuff, hence the big, fat, ugly tears. Duchess’s relationship with her younger brother, Robin, was so touching, so beautiful. She’s his protector, she looks out for him because their mother can’t and does such an admirable job that every scene involving the pair of them tugged at my heart strings. When a caring, responsible adult eventually enters their lives in the form of their grandfather, it’s an absolute joy to watch six-year-old Robin blossom. Duchess’s wariness and her slow thaw towards grandfather Hal just made me admire her even more. But some people just aren’t destined to find happiness and history has an unfortunate knack of repeating itself…

Before I go any further with this review I must mention Chief Walker, or Walk as he’s known to the locals. Tragedy struck Cape Haven 30 years ago when Sissy Radley, sister to Star, was killed. Walk, who even then had aspirations to become the local police chief, was part of the search party. Walk’s best friend, Vincent King, was accused of Sissy’s murder. But Walk never gave up on Vincent and now, thirty years later, Vincent is due to be released from jail. And I think that tells you everything you need to know about Walk. Another beautifully drawn character who leaps from the pages of the book and into the reader’s mind. When tragedy hits Cape Haven for a second time, Walk is pushed to the sidelines of the investigation. Before long, he decides that if the truth is to be found, then he’s the man to uncover it. Such compelling reading and I lived every. single. moment.

Would I recommend this book? This book is perfection. I will be driving people crazy recommending We Begin at the End to them. It ticks so many boxes for me; set in small town America – tick, full of the most enchanting and interesting characters – tick, a devilish mystery at it’s heart – tick, leaves me with the biggest emotional bookish hangover – tick. This book is a masterpiece and if you only buy one book this year based on my reviews then please, PLEASE make it this one. I really wish I had the words to convey what a stunning book this is. Absolutely outstanding.

I chose to read and review an eARC of We Begin at the End. The above review is my own unbiased opinion.

We Begin at the End by Chris Whitaker was published in the UK by Zaffre Books on 2nd April 2020 and is available in hardcover, digital and audio formats (please note, the following links are affiliate links which mean I receive a small percentage of the purchase price at no extra cost to you): | amazon.co.uk | Waterstones | Foyles | Book Depository | Goodreads | 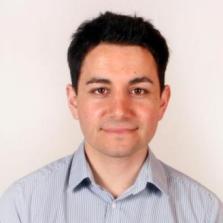 Chris Whitaker was born in London and spent ten years working as a financial trader in the city. His debut novel, Tall Oaks, won the CWA John Creasey New Blood Dagger. Chris’s second novel, All The Wicked Girls, was published in August 2017. He lives in Hertfordshire with his wife and two young sons.

5 thoughts on “#BlogTour | #BookReview: We Begin at the End by Chris Whitaker @ZaffreBooks @Tr4cyF3nt0n #WeBeginattheEnd #damppebbles” 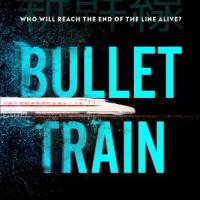 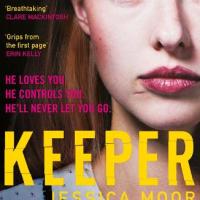